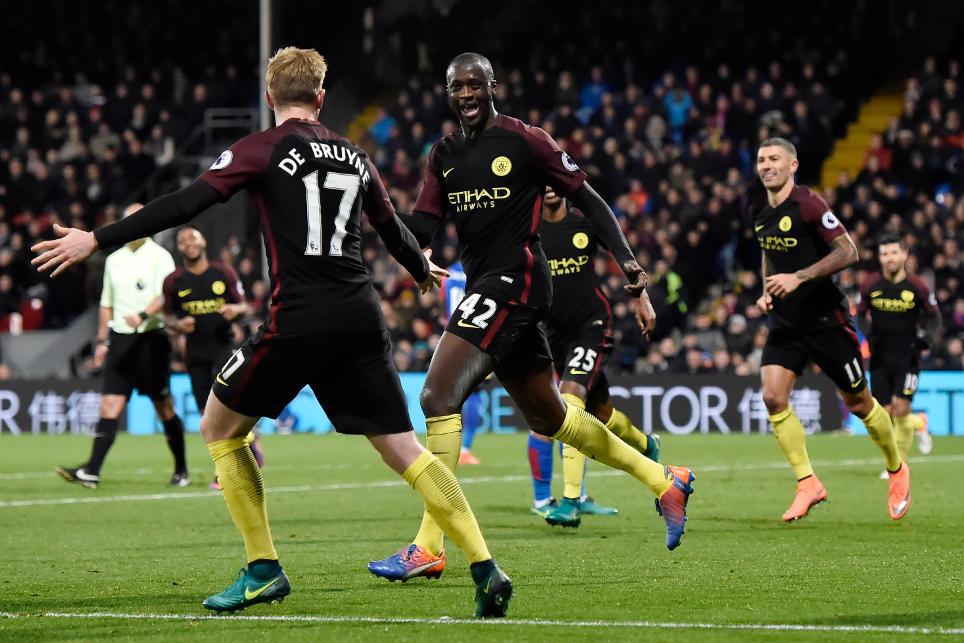 Yaya Toure capped a surprise return to the Manchester City starting XI with both goals as his side earned a 2-1 win over Crystal Palace at Selhurst Park.

The Ivorian had not featured for City this season but showed no rustiness with his deflected shot in the 39th minute the difference in a tight first half.

Palace came back into the match in the second half and equalised when Connor Wickham, the substitute, got past Pablo Zabaleta and shot through Claudio Bravo on 66 minutes.

But City responded and Toure was allowed to convert Kevin De Bruyne’s low corner from six yards to send City level on 27 points with Liverpool, who could only draw at Southampton.

.@YayaToure reckons it's gonna go to the wire... #mcfc https://t.co/BobDHAbUZj

Chelsea could go top with victory at Middlesbrough on Sunday.

For Palace the result was a fifth Premier League defeat in a row and they lie a point off the relegation zone.