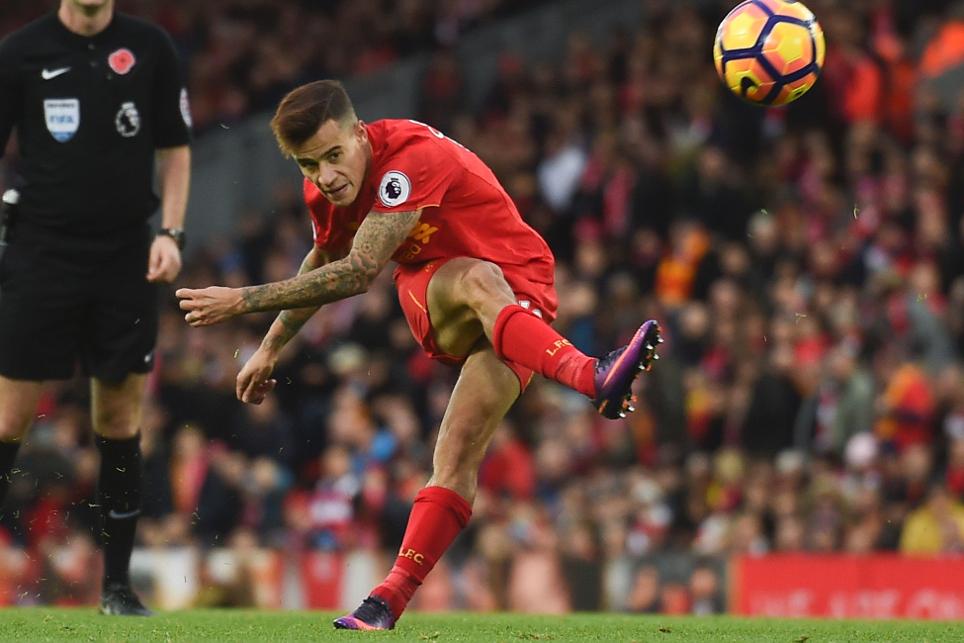 'Klopp has brought a winning mentality to LFC' External Link

The two most popular players in Fantasy Premier League are braced for long return journeys ahead of Gameweek 12.

Sitting in 47% of squads, Philippe Coutinho (£8.7m) is set to play for Brazil away to Peru at 2.15am GMT on Wednesday morning.

The Liverpool midfielder featured for 85 minutes against Argentina last Thursday and scored in the 3-0 win, while Roberto Firmino (£8.7m) played only eight minutes as a second-half substitute.

FPL managers owning either of the two Brazilians may not need to worry, if reports that plans for a chartered flight to expedite their swift return to Merseyide ahead of Saturday’s 3pm GMT trip to Southampton are correct.

Most selected #FPL players (by %)

Managers of Fernandinho (£5.4m) and Willian (£7.2m) will also be hoping that the Manchester City and Chelsea midfielders can return to their clubs in time for the weekend's fixtures.

The same will be true for Sergio Aguero’s (£13.1m) 46.4% FPL owners ahead of Man City's trip to Crystal Palace on Saturday afternoon.

The striker, along with team-mates Nicolas Otamendi (£5.9m) and Pablo Zabaleta (£4.7m), faces a home match against Colombia, which starts at 11.30pm GMT on Tuesday evening.

After playing 45 minutes as a substitute in last week’s defeat by Brazil Aguero is expected to start as Argentina seek to salvage their FIFA World Cup qualification prospects.

Up against a Palace defence that has yet to keep a clean sheet this season, Aguero is one of the standout captain candidates for Gameweek 12.

Pep Guardiola’s rotation policy meant Otamendi was benched for Gameweek 11, while Bacary Sagna (£5.3m) has stepped up his recovery from a hamstring injury and could come in for Zabaleta at Selhurst Park.

Sanchez has been sold by more than 94,000 FPL managers after missing last week’s draw with Colombia with a hamstring problem, but still remains in 23.4% of squads, having produced six goals and four assists in the first 11 fixtures.

Like Liverpool’s Coutinho, Sanchez’s only substitute appearance of the season arrived in Gameweek 4, immediately after the first international break of the season.

Arsenal's trip to Old Trafford is the early kick-off on Saturday, and, like Arsene Wenger, his FPL owners will be hoping Sanchez arrives back home unscathed and in contention for a start.