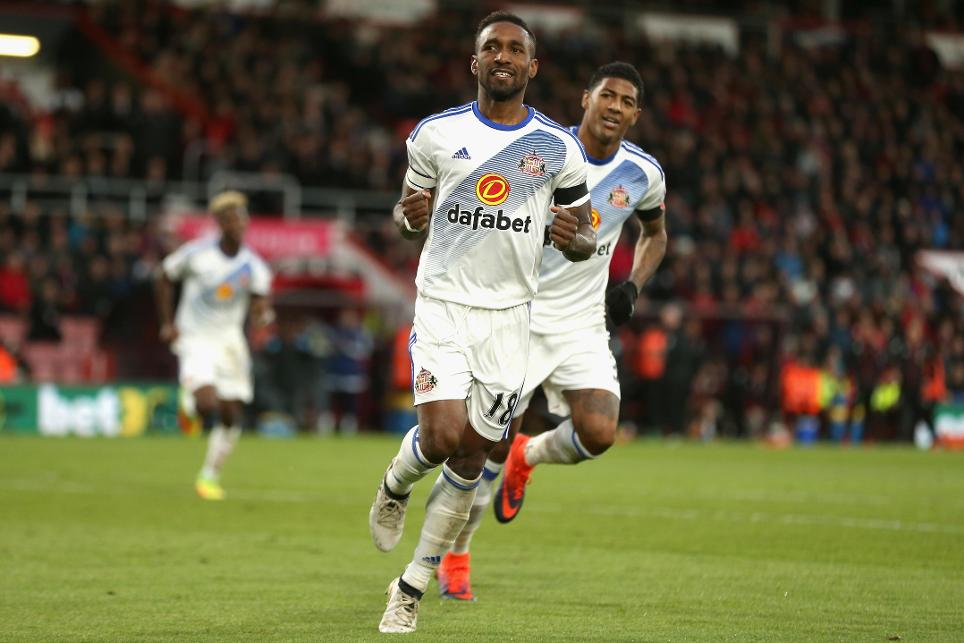 Moyes: That win is for the fans External Link

Making only his second Premier League start of the season, Dan Gosling (£4.7m) collected a single bonus point for the home side after firing the opening goal of the contest.

Outstanding throughout, the Cherries midfielder also made 10 recoveries and completed 92% of his 78 passes - more than any other player on show at Vitality Stadium.

Gosling's performance was to be recognised in the ICT Index, as he topped the rankings ahead of both Defoe and Anichebe.

With five goal attempts, four from inside the Sunderland box, Gosling recorded the biggest Threat score (71) on his way to an overall Index tally of 15.5.

Cherries' left-back Charlie Daniels (£5.1m) was the most reliable source of Creativity on the day, with a score of 44 with 7.6 in the Index.

He recorded 20 successful passes in the final third, providing three chances for team-mates.

Daniels has now scored 217 Creativity over the season - only Liverpool's Nathaniel Clyne (£5.6m) has a higher tally among FPL defenders.

He has now scored or assisted 77% of Sunderland's goals this season and, with 8.4 points per million, Defoe is the top ranked FPL forward for value.

His ownership had started to decline before Saturday but Defoe has since gained more than 29,000 transfers in ahead of the Gameweek 12 Stadium of Light clash with Hull City.

That could be a profitable encounter for Defoe, along with fellow striker Anichebe.

The latter is now presenting FPL managers with a viable new option at the very bottom of the market for forwards - ideal for those exploring the possibility of investing heavily in midfield.

However, Anichebe sustained a cracked rib in Saturday's contest and is an early doubt for the Hull City clash.

As for Bournemouth, manager Eddie Howe was able to welcome back Junior Stanislas (£5.5m) to the right flank but Callum Wilson (£6.6m) missed out for the home side with a knock sustained in training.

Josh King (£5.4m) took up the central striker role in his absence.

Howe will hope to have Wilson fit for the Gameweek 12 visit to Stoke City as he seeks to halt a slide of back-to-back defeats, with just a single goal scored in their last three outings.

But the Cherries will be without right-back Adam Smith (£4.8m). Owned by 12.8% of FPL managers, he will sit out Gameweek 12 having earned a fifth booking of the campaign.