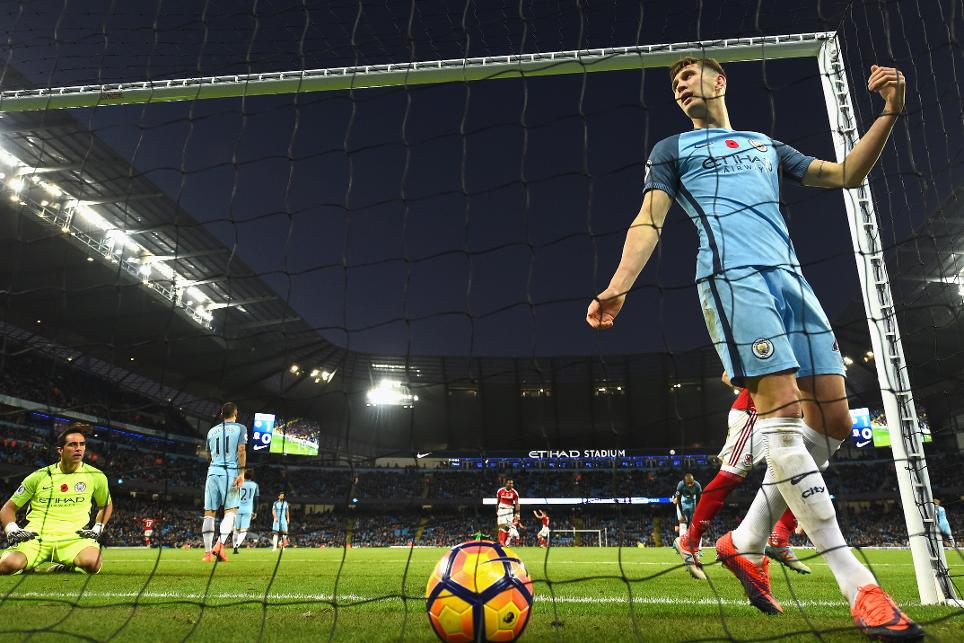 Guardiola: We must have faith in playing style External Link

He edged out the visitors’ George Friend (£4.4m) by just a point in the Bonus Point System (BPS) with a tally of 29.

Aguero snatched the single point on offer after his opening goal and five completed dribbles and three key passes. His 23 BPS tally suffered after missing the target with two efforts, including a big chance in the second half.

Aguero's profligacy did not prevent him recording 135 for Threat and the 21.5 overall in the ICT Index - the biggest tally in Gameweek 11.

Off the back of his two strikes at The Hawthorns, Aguero amassed eight efforts on goal, seven of which were from inside the Middlesbrough penalty area. In both cases that was more than any other player in the Gameweek.

De Bruyne ranked second in the Index as the most inventive player on show. His aforementioned six key passes were complimented by 13 crosses.

Aguero went into Gameweek 11 as the top Captain pick, commanding 32% of the armband share.

His underlying statistics will offer comfort to those frustrated with a modest six-point return, suggesting that patience could yet pay off, despite a hefty price tag.

De Bruyne's service will surely be a factor in any improvement in Aguero's consistency.

He has provided eight assists, more than any other FPL asset, and has also returned either an assist or a goal in seven of nine starts.

Raheem Sterling's (£8.2m) popularity has been a factor in De Bruyne's modest 10% ownership.

But Sterling has suffered significant sales after four Gameweeks without a goal or an assist, a trend exacerbated by Guardiola's decision to rest him for Saturday's draw.

Sterling has lost more than 320,000 owners in the last four Gameweeks.

John Stones (£5.0m) is another City asset providing much frustration.

He was in line for maximum bonus points before Middlesbrough's equaliser but returned just two points and remains on just a single clean sheet for the season.

Stone's ownership had increased ahead of Saturday's deadline, having suffered losses over the previous five Gameweeks. He is still found in 26.7% of squads.

Friend has earned more new owners than any other Boro asset ahead of Gameweek 12 (15,755). But with Chelsea the visitors, immediate rewards look unlikely.