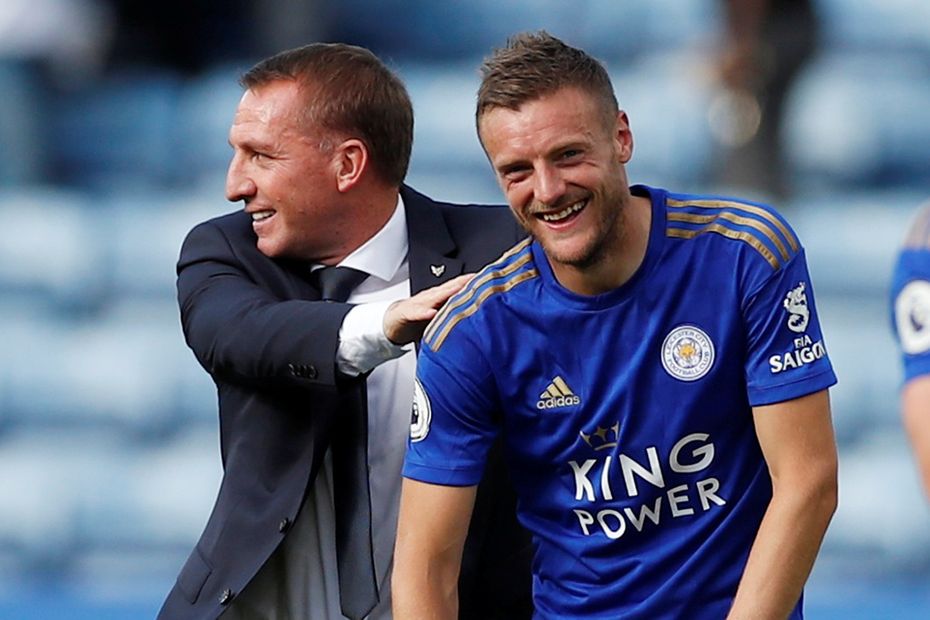 For Leicester City and Jamie Vardy, improving on the performances they produced in their famous 2015/16 campaign is easier said than done.

After all, the Foxes won the title that season with Vardy setting a Premier League record of scoring in 11 consecutive matches.

But under Brendan Rodgers, Leicester have just broken new ground.

Sunday's 5-0 home win over Newcastle United, which took them into third place, was the club's biggest ever victory in the competition.

Vardy on a roll

Vardy is also showing signs of reaching another level.

His brace against the Magpies took his tally to five goals this season, and 14 in 17 matches since Rodgers' first match in charge in March.

That is more than any other Premier League player in that period.

Indeed, his strike-rate is better under Rodgers than any of Leicester's previous permanent managers, including the mastermind of their title triumph, Claudio Ranieri.

If Vardy can maintain his current average of 109 minutes per goal under Rodgers, he is on course to hit the 30-goal mark this season.

That would smash his best tally of 24 goals in the title-winning campaign.

Leicester's top-four credentials will be tested this Saturday as they visit league leaders Liverpool, who have won 16 consecutive Premier League matches.

But Vardy has proven history of scoring against last season's top-six sides.

Since the start of 2014/15 he has netted more goals versus those teams than any other player, with 31.

While he has drawn a blank against Chelsea, Manchester United and Tottenham Hotspur so far this season, Liverpool will know they cannot take their eyes off the 32-year-old for a second.