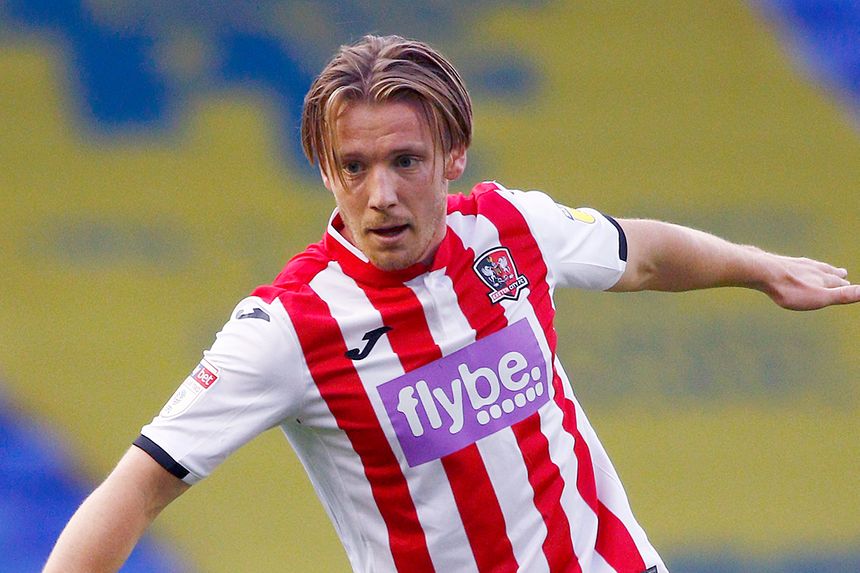 Bey Seymour tapped in the opening goal in the 43rd minute at Exeter's St James' Park, after Nigel Atangana's knockdown.

Shortly after half-time Matt Jay (pictured) made it 2-0 with a penalty kick, before Jordan Dyer headed in from a corner to wrap up an impressive victory against the 2017/18 Premier League Cup winners.

Exeter join Doncaster Rovers at the top of Group D, having won their opening matches.

Plymouth Argyle also caused a surprise against Premier League opposition, as they drew 1-1 with Watford at Home Park.