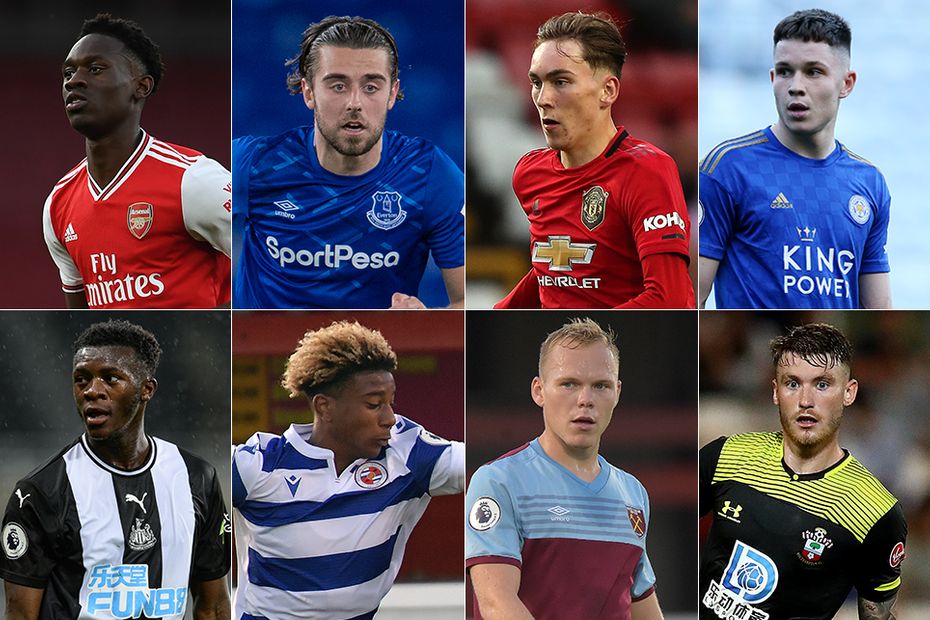 Eight players have been nominated for the Premier League 2 Player of the Month award for September.

The nominees were decided by the Premier League Football Development Panel after PL2 club coaches picked the standout performance by an opposing player in each of their league matches during September.

A nominee for August's award, the 18-year-old forward set up two goals in a 2-1 win over Leicester City, before scoring twice at Wolverhampton Wanderers and once against Liverpool.

The 21-year-old midfielder claimed an assist in Everton's 2-1 victory over Blackburn Rovers before scoring twice in September as the PL2 Division 1 champions picked up seven points from three matches.

Shortlisted for the award for the second month in a row, the 18-year-old midfielder helped Manchester United win in both his matches. He scored in a 2-0 victory over Norwich City and played in the 1-0 win over Fulham.

The son of former England forward David Hirst, the 20-year-old scored both goals in Leicester's 2-2 draw with Chelsea. The forward also impressed in a 2-2 draw with Liverpool and their 2-1 defeat at Arsenal.

The 19-year-old was instrumental in Newcastle United's 3-2 win over Norwich, scoring the opener, and also stood out in midfield in defeats to Swansea City and West Bromwich Albion.

The 17-year-old produced three assists and scored twice in three Division 2 matches, in which Reading picked up six points. The midfielder's September form was rewarded with a substitute first-team appearance in the Championship.

The midfielder scored eight goals in five appearances last month. Six came in PL2, striking a brace in each of the Division 2 leaders' three wins, as well as getting two assists. The 20-year-old also helped West Ham United beat Valencia in the Premier League International Cup and his fourth September double inspired a 5-4 EFL Trophy success at Newport County.

The 20-year-old midfielder provided an assist in a captain's performance as Southampton won 2-1 at Wolves, and also caught the eye as Saints earned a 2-2 comeback draw at Tottenham Hotspur.