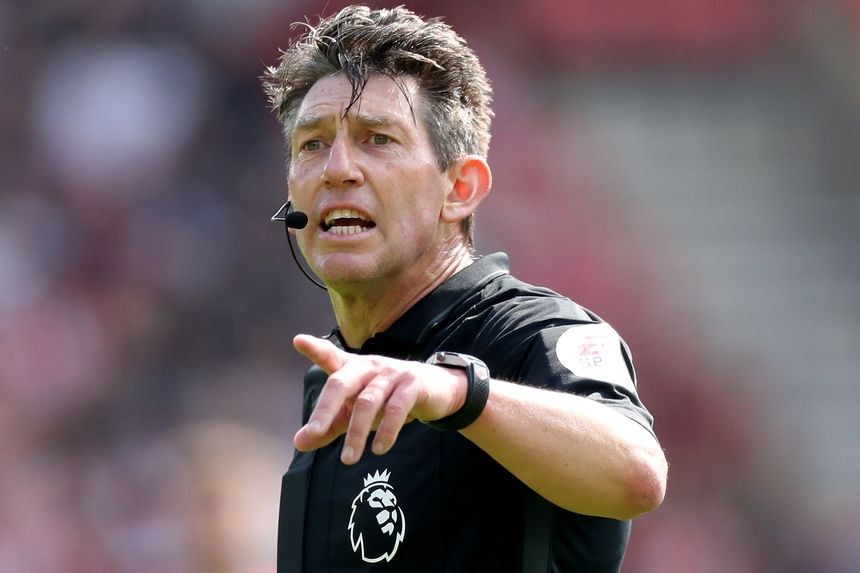 Lee Probert says he is going to miss refereeing at the highest level after announcing his retirement as a Select Group 1 match official.

A long-standing back injury has forced the 47-year-old to hang up the whistle after two decades in the game and 181 Premier League matches to his name.

"I've loved every one of them," he told premierleague.com. "They're all very memorable. They're all nice stadiums to go to, fantastic atmospheres. I'm going to miss it."

Probert has fond memories of taking charge of the FA Cup final between Arsenal and Hull City, an honour bestowed upon only those referees at the very top of their game.

But that five-goal thriller was a far cry from the goalless draw 12 years ago that he still regards as his baptism of fire.

"A 0-0 draw between Bolton and Middlesbrough in November 2007 - that was a tough one," he said. "It probably won't last long in the memory of football fans but it sticks in my mind as I was new to the Premier League.

"I had Kevin Davies on one side and David Wheater on the other and they were both managing the game better than I was! It wasn't my best performance but I definitely learnt from it."

Probert now hopes to use his vast experience in his next role.

"The good thing is that while we've been refereeing, the PGMOL have offered us opportunities to further our education at colleges and universities," he said.

"I've done a degree at Gloucester University and my plan now is to work with Par4 Sports, offering training camps in Spain for amateurs and professionals from every sport."