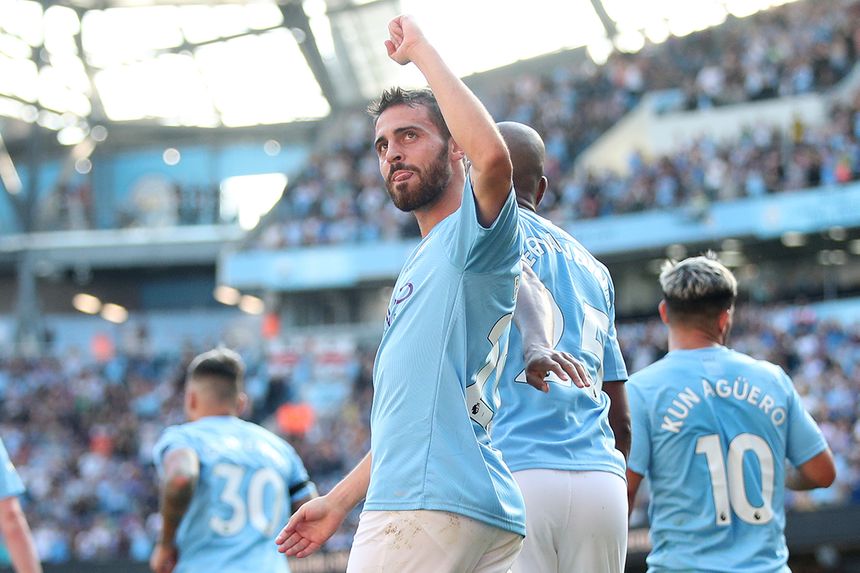 Kevin De Bruyne crossed for David Silva to tap in from three yards to open the scoring inside the first minute.

Bernardo headed in the fourth, with Nicolas Otamendi sliding in a fifth as Man City went 5-0 up in a Premier League record of 18 minutes.

It was 6-0 on 49 minutes through Bernardo, before he completed his first PL hat-trick on the hour mark.