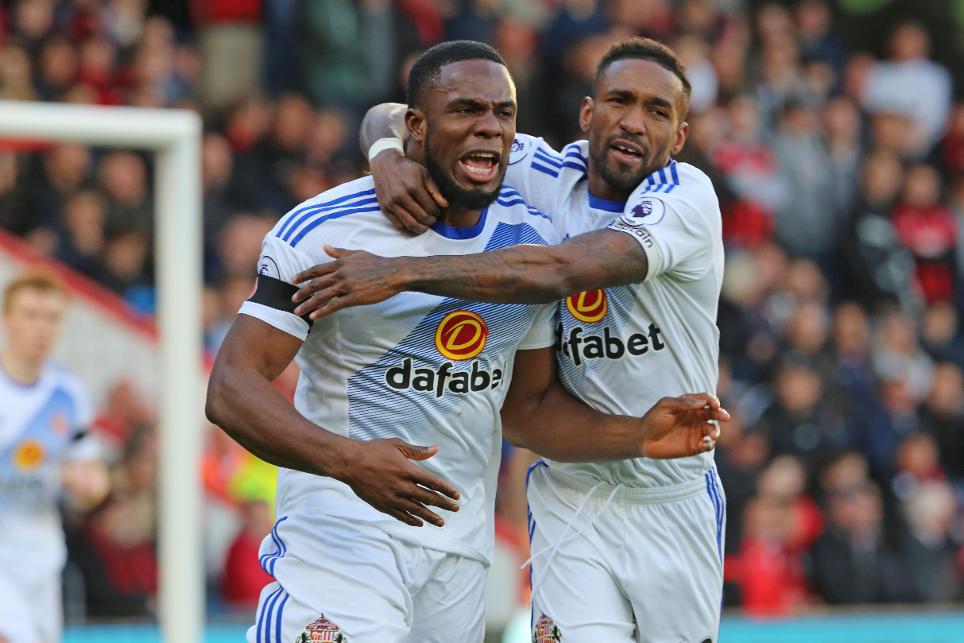 Howe: We will definitely not underestimate Sunderland External Link

David Moyes, watching from the stands, saw his visiting side fall behind to a Dan Gosling goal after 10 minutes.

On 31 minutes Victor Anichebe levelled with his first goal since signing this summer, rifling past Artur Boruc from inside the box.

AFC Bournemouth appeared to take control after the break, especially when Steven Pienaar received a second yellow card, but Jordan Pickford stood out in the Sunderland goal.

But the Black Cats went ahead through Jermain Defoe's penalty, won by Anichebe, in the 74th minute and held on to move level with Swansea City on five points.