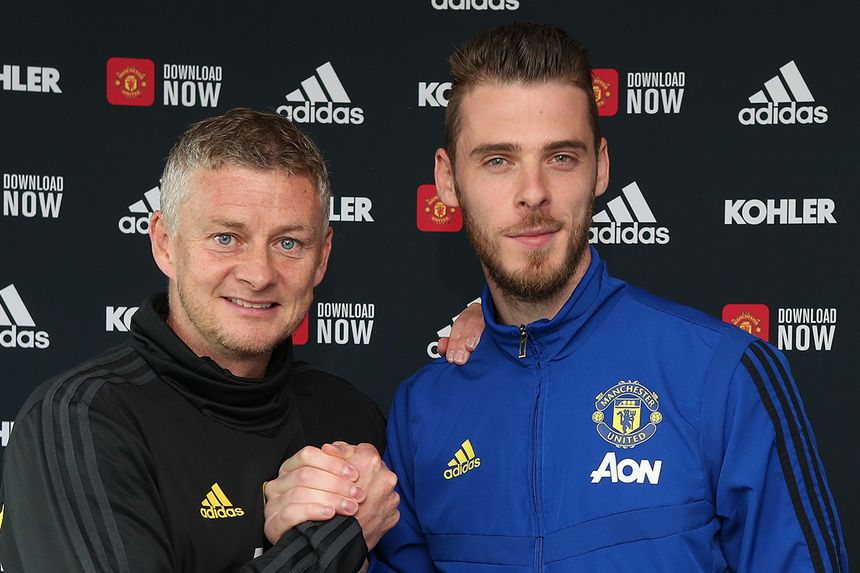 David De Gea says it is an honour and a privilege to extend his stay at Manchester United after committing his future to the club until 2023, with the option for a further year.

The 28-year-old has made 280 Premier League appearances for Man Utd since arriving from Atletico Madrid in the summer of 2011.

The Spaniard won the Golden Glove award in 2017/18 and in February this year became the seventh goalkeeper to keep 100 clean sheets for one club in the Premier League.

"It has been a privilege to spend eight years at this great club and the opportunity to continue my career at Manchester United is a genuine honour," De Gea told the club’s official website.

"Now my future is fixed, all I want is to help this team achieve what I believe we can and win trophies again, together.

"As one of the senior players in the squad, I want to support and lead in any way that I can to assist the younger players, so they know what it means to play here.

"I am committed to continue repaying the fans for all of the care that they've shown me during the good times and the bad."

De Gea will next be in Premier League action when Man Utd visit West Ham United on Sunday.