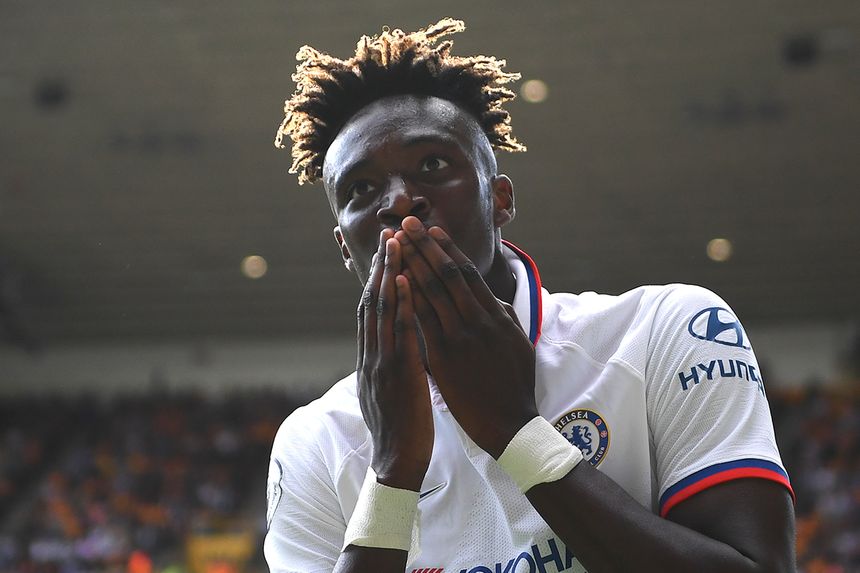 Chelsea striker hits hat-trick to pleasure of 600,000 FPL managers who brought him in

More than 600,000 Fantasy Premier League managers were celebrating their decision to bring in Tammy Abraham (£7.2m) as the Chelsea striker continued his rich vein of form.

A hat-trick at Wolverhampton Wanderers took Abraham to seven goals in his last three matches and he was the second-most transferred-in player in Gameweek 5.

The only player more popular for transfers in Gameweek 5 was Daniel James (£6.2m).

With three goals already this season the Manchester United winger picked up nearly 650,000 new owners. But unfortunately for them James drew a blank at home to Leicester City this afternoon.

The most popular captain pick in Gameweek 5 was Mohamed Salah (£12.5m), backed by over 1.4million managers and the Liverpool man repaid their faith with a goal at home to Newcastle United in the early kick-off to take his tally to four this season.

The Egyptian was narrowly favoured ahead of Raheem Sterling (£12.3m), who was handed the armband by over 1.3million managers.

But they were left disappointed as Sterling failed to deliver in Manchester City's 3-2 defeat by Norwich City.

Sterling's team-mate Sergio Aguero (£12.1m) was the No 1 armband choice with the top 100 managers.

While they saw their captain continue his run of producing attacking returns in every match this season, one suspects they were hoping for more than one goal from the Argentinian.

Marcus Rashford (£8.5m) punished the 363,142 managers who sold him by scoring the only goal against Leicester.

With Paul Pogba (£8.5m) out injured, Rashford was the undisputed penalty-taker for Man Utd and he dispatched his spot-kick after missing his previous one.

Aaron Wan-Bissaka (£5.5m) surprised his 521,911 sellers by starting. The full-back had been an injury doubt ahead of the match with a back injury.

He rewarded his faithful 26 per cent ownership with a clean sheet.