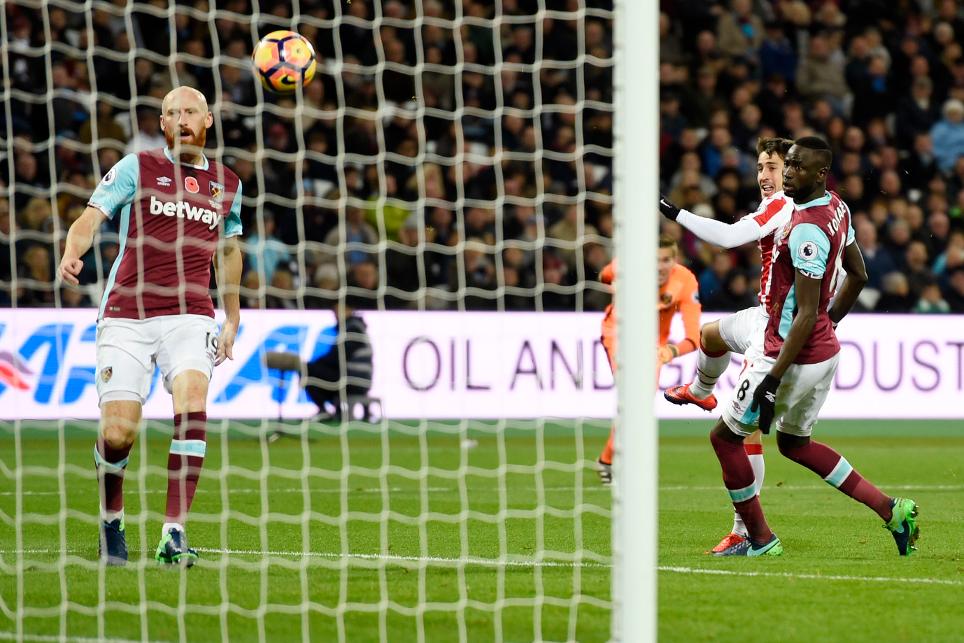 Bojan scored his second goal of the season to earn Stoke City a 1-1 draw with West Ham United.

The substitute converted a cross from Jonathan Walters 15 minutes from time.

West Ham had led 10 minutes earlier through an own goal by Glenn Whelan, who deflected in Michail Antonio’s header.

Angelo Ogbonna had forced Lee Grant to save his powerful first-half header from a corner, while Dimitri Payet’s free-kick skimmed just over the bar on the stroke of half-time.

Charlie Adam nearly won it for Stoke when his late free-kick was saved by Adrian.