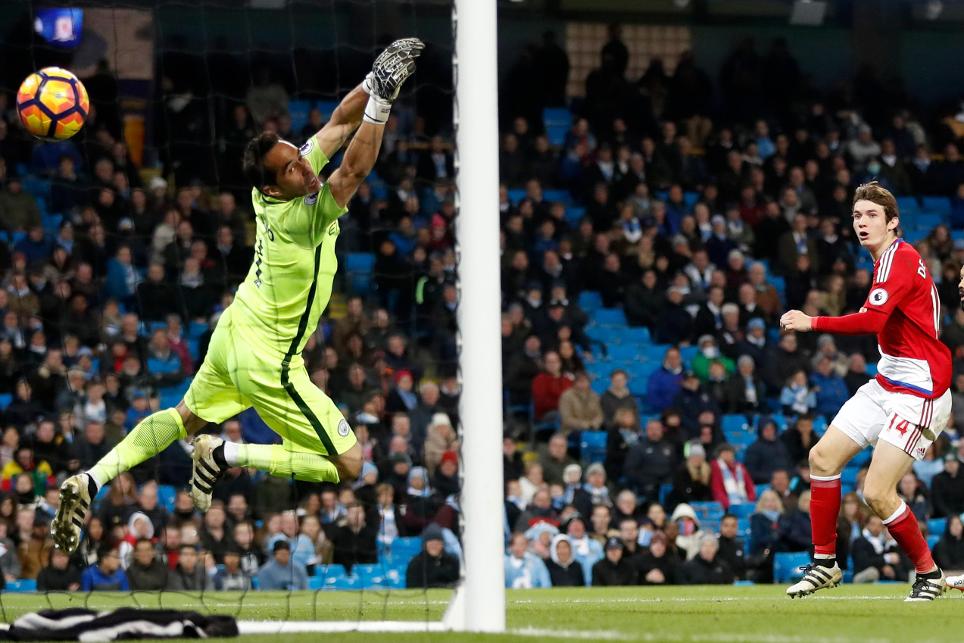 Marten de Roon scored a last-gasp header for Middlesbrough to snatch a 1-1 draw against Manchester City.

The Dutchman met George Friend’s cross at the far post one minute into stoppage time to earn Boro their fourth away draw of the season.

City goalkeeper Claudio Bravo made two early second-half saves, from Alvaro Negredo's shot from the halfway line and from Adam Forshaw as Boro fought back.

Aguero had a late chance for a second but skied his shot before De Roon struck.