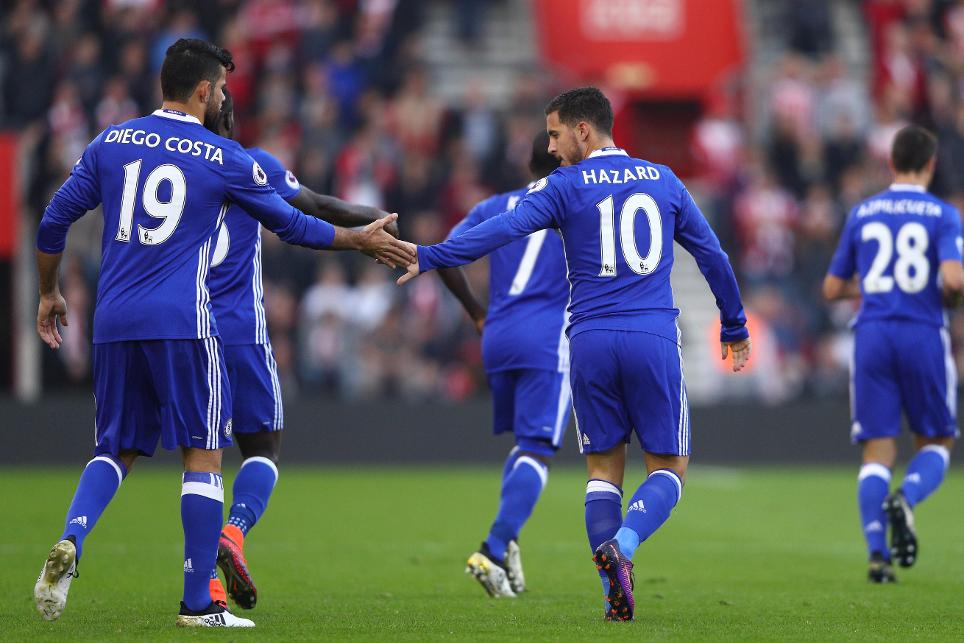 Chelsea playmaker taking advantage of a switch in system, says The Scout

The Belgian produced a goal and an assist to earn maximum bonus points at St Mary's, supplementing this with three completed dribbles and five recoveries.

Diego Costa's (£10.4m) eighth goal of the season helped him to a BPS total of 30 and a single additional point. He fired four attempts and mirrored Hazard's three successful dribbles.

Hazard recorded 18.0 in the ICT Index - his highest tally of the season - on the way to scoring for the third successive Gameweek.

All three of the Belgian's goal attempts were on target, with two arriving from inside the penalty area.

He set up Costa's strike and led the way with five chances created - more than double any other player in the match. Hazard also produced a match-leading 23 successful passes in the final third.

No player registered more than his four goal attempts, three arriving from inside the box, while he also created two chances for team-mates.

Wing-back Victor Moses (£5.5m) recorded his first assist of the season on the way to a 10.6 Index total.

The Nigeria international fired in three goal attempts, with two inside the area and as many on target.

Afforded licence to drift centrally when the Blues are in possession, Hazard has produced more attempts inside the penalty area (10) than any midfielder in the last four rounds of fixtures.

He now sits only seven points off the top of the FPL midfield standings, led by Arsenal's Alexis Sanchez (£11.4m), who has 70 points.

Costa remains the most consistent Chelsea attacker, with Sunday's strike meaning he has scored or assisted in eight of the opening 10 Gameweeks.

But Hazard is now only one point behind his team-mate, who remains one caution away from a single-match ban, having stayed out of trouble for four straight Gameweeks.

Despite being stationed on the right of the back three, Azpilicueta continues to offer a steady source of additional points.

He has now been awarded bonus points in six of the first 10 Gameweeks and collected a bonus on all five occasions when Chelsea have kept out their opponents.

Having faced Manchester City and Chelsea in consecutive weeks, Southampton will now relish a trip to struggling Hull City on Sunday.

This kicks off a run of seven matches that offer encouragement to FPL managers.

Between Gameweek 11-17, the Saints score a total of 15 in the Fixture Difficulty Ranking (FDR).