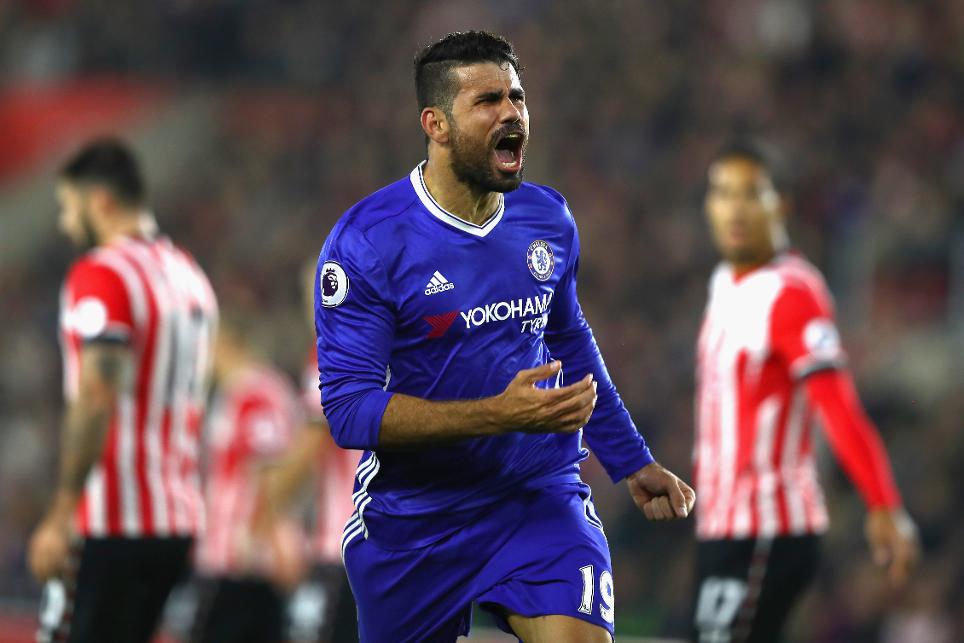 Conference Call: Fantastic on and off the pitch External Link

Diego Costa not only helped Chelsea to a 2-0 victory at Southampton and reclaimed the sole leadership of the race for the Premier League Golden Boot with his eighth goal of the season, he also became the sixth-fastest player to reach 40 goals in the competition.

The Chelsea striker reached the total in just his 64th match, a feat bettered only by Andrew Cole, Alan Shearer, Kevin Phillips, Fernando Torres and Ruud van Nistelrooy (see below).

Costa got to the mark seven matches ahead of Manchester City’s Sergio Aguero and nine quicker than Thierry Henry.

The 28-year-old is not the fastest Chelsea player to reach the milestone in the competition.

Jimmy Floyd Hasselbaink, who got to 40 Premier League goals overall in 79 matches, needed just 59 in a Chelsea shirt to score that amount for the club.

Costa is well clear of Didier Drogba, who took 83 PL matches to score 40 for the Blues.

He also moved level with John Terry in seventh place in the Chelsea rankings for PL goals.

The next player above him in the list was also on the scoresheet at St Mary’s, Eden Hazard, with 46.