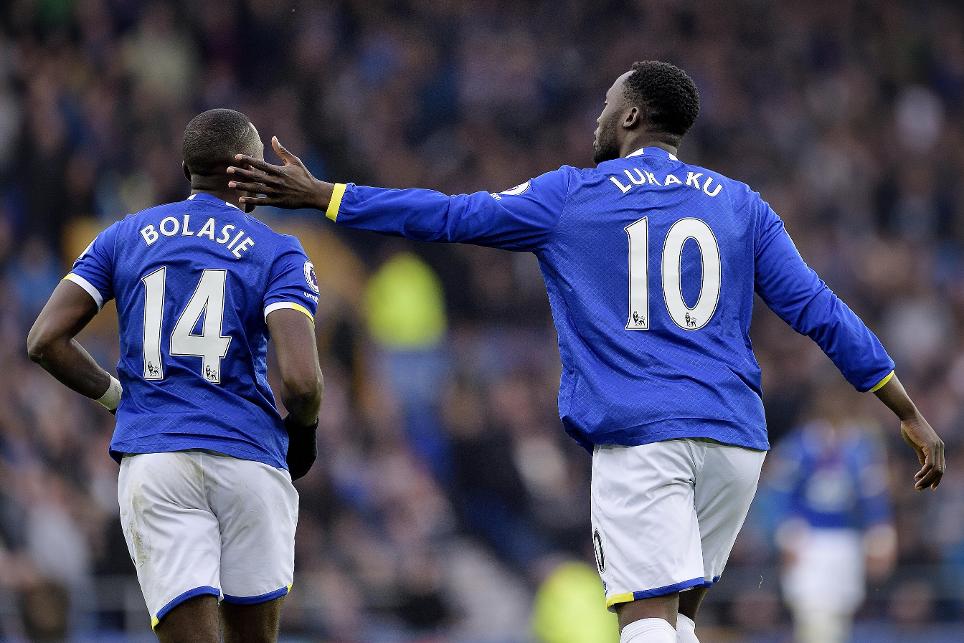 Having assisted each other five times this season, should managers select both Bolasie and Lukaku?

Romelu Lukaku's (£9.8m) goal and assist in the 2-0 victory over West Ham United earned the Everton striker a score of 54 in the Fantasy Premier League Bonus Points System (BPS), giving him the maximum additional points.

The pair were instrumental in Everton's first clean sheet since the Gameweek 3 win over Stoke City.

Lukaku's 16.6 ICT Index total was built around a Threat tally of 73.

The Belgian had four goal attempts, three of which were in the box, and five penalty-area touches. He also created two chances for the Toffees.

Barkley led the way for both goal attempts and chances created, with five and four respectively. He had three penalty-area efforts for an overall ICT Index tally of 14.4.

A 12-point haul lifts Lukaku to the top the FPL forward rankings with 67 points.

He has now returned a goal or an assist in six of his last seven Gameweeks, with his partnership with Yannick Bolasie (£6.0m) continuing to impress.

The winger's assist for Everton's opener was the fifth time the pair have linked for a goal this season - more than any other duo in the Premier League.

Bolasie has provided attacking points in five of his last seven Gameweeks for Everton - his four assists is already more than last season's tally for Crystal Palace - however, he sits in only 6.2% of FPL squads.

Ronald Koeman's decision to pick Funes Mori ahead of the 6.7%-owned Phil Jagielka (£5.1m) coincided with a first clean sheet in six attempts ahead of next weekend's trip to Chelsea.

The 11.6%-owned midfielder managed only two attempts on goal, though, and has now failed to score in five successive Premier League outings.

At the back, Winston Reid (£5.0m) will miss the Gameweek 11 visit of Stoke City after picking up a fifth caution of the season. He had produced 29 points in the three Gameweeks prior to the trip to Goodison Park.