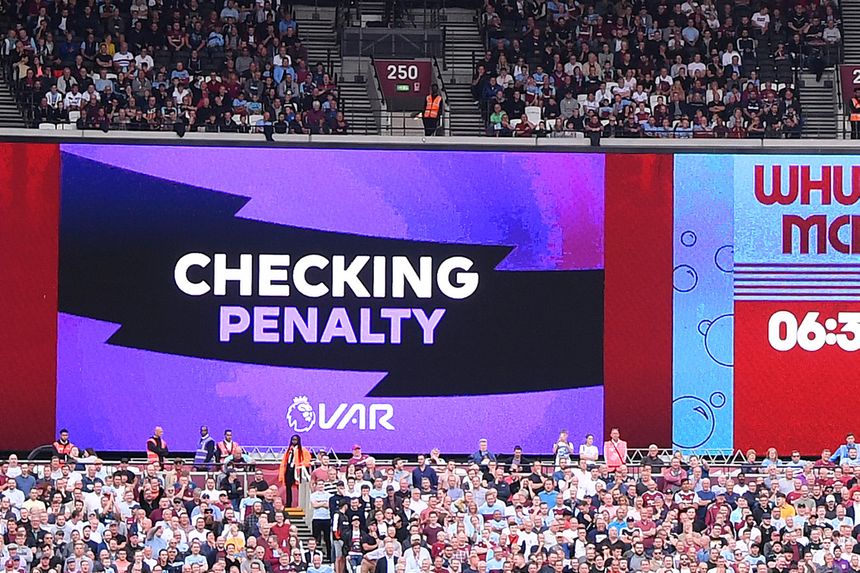 Video Assistant Referees (VAR) were introduced to the Premier League this season and have already been busy.

After two Matchweeks, there have been five match-changing decisions overturned and, even though it was always agreed that VAR would not end controversy, players, managers and fans are all still getting used to the new system.

After two rounds of football with VAR for the first time in the Premier League, how do you feel everything has gone?

We’re pleased with how it’s gone. We’ve stepped in with the clear and obvious errors in the right places. We have had five reviews so far in the 20 games and all the reviews have been factual.

What that says is what we’re doing on the field of play is very positive and we’ve only intervened with factual decisions, which have been one very tight offside, another offside, two handball situations which have been changed due to amendments to the Laws, and an encroachment on a penalty.

So I think generally we’re in a comfortable position and we’re pleased with how it’s started.

How long have the reviews taken in general?

The five reviews we’ve had so far have taken 62 seconds on average, which we think isn’t too bad.

Of course, we’re always looking to improve and trim the times. But bear in mind that last season the average time from a goal being scored to restarting the match was also 62 seconds. So, we think we’re in a good place.

We will look to improve but not to the detriment of getting decisions right.

What about communications to fans in the stadiums?

It’s something the Premier League has looked at, bringing in definitive footage of an overturned incident. That’s not been done anywhere else in Europe, so the League is trying to get as much information to the paying fans as possible.

But as for showing the replay of an incident while the review is in place, as in cricket and rugby, at present IFAB rules state this cannot happen in order not to put undue pressure on the match officials’ decision-making ability.

So at the moment that is not possible.

The League has communicated extensively how VAR works, and the Premier League Match Centre and digital platforms quickly update the reasons for decisions overturned with the help of VAR.

As we progress with VAR, people will be more aware of the checks taking place and why.

What about the public hearing the referee’s conversations with the VAR, as in rugby and cricket?

Because fans are used to seeing it in rugby and cricket, it’s become second nature that they can hear those conversations.

At the moment, IFAB protocol doesn’t allow for the communication between the VAR and on-field referee to go public.

Remember, it took rugby and cricket years to get to the stage they are at now. Will that change in a similar way in football? Possibly.

Some players appeared confused by the VAR rulings. Have they been told about VAR?

Absolutely. The players and managers have been briefed about VAR as well as IFAB’s new handball rule, which has overturned two goals this season.

Every club were visited during the summer by a referee and someone from PGMOL, who went through the amendments to the Laws of the Game and the specific topic of VAR.

All the first-team squad were there for every single team. We’ve done everything we can to educate them. But, once they see it occur in their match, it still may require getting used to it for them.

What about Man City v Spurs, when Rodri fell under pressure from Erik Lamela at a corner? Many fans and pundits thought it a certain penalty, but referee Michael Oliver did not award one and the VAR did not suggest overturning the decision. Why?

Michael Oliver had a great view of the Lamela incident. He’s seen there was contact between the two players and judged that the contact wasn’t sustained and didn’t meet the threshold for a foul.

He was comfortable because not all contact is a foul.

The VAR listened to what Michael said, that he knew there was contact between the two players but not enough for a foul either way.

The officials looked at it in real time, because when you slow it down, it exaggerates the contact. Generally, that’s how the VAR makes decisions on challenges of that nature.

We’ll slow it down to the point of contact with handballs, etc, but the City-Spurs VAR, Graham Scott, listened to what Michael said. Graham just looked at the replays and it was exactly what Michael explained, so it wasn’t a clear and obvious error in his mind.

As for those asking Michael to go over to the Referee Review Area to look at the incident, all he’d have done was look at it and agree with what he’d already decided.

What about tight offside calls and the accuracy of the footage available to the VAR to make judgments. What is the situation here?

All that the VARs can use is the technology that’s there for them.

At this moment the cameras that the broadcasters operate with have 50 frames per second, so that’s all we can use.

So the point of contact with the ball is one of those frames inside the 50 per second.

The technology we’ve got, with 3D lines to judge whether a player is offside, is obviously better than the 2D lines of last season, so we’ve progressed.

A lot of people are unhappy with the new Laws that have led to two goals being disallowed this season because of handballs that provide an assist. What is your view on this new Law?

That’s not for the refs to say. IFAB has amended the handball Laws to take that advantage away from a handball, be it deliberate or accidental.

All we can do as officials is implement that. If Michael or other referees had seen the handballs in real time, they would have penalised them.

But because they’re tough to catch in real time, that’s what VAR is there for. We can pick them up by looking at them in more detail.

See: The five decisions overturned with help of VAR