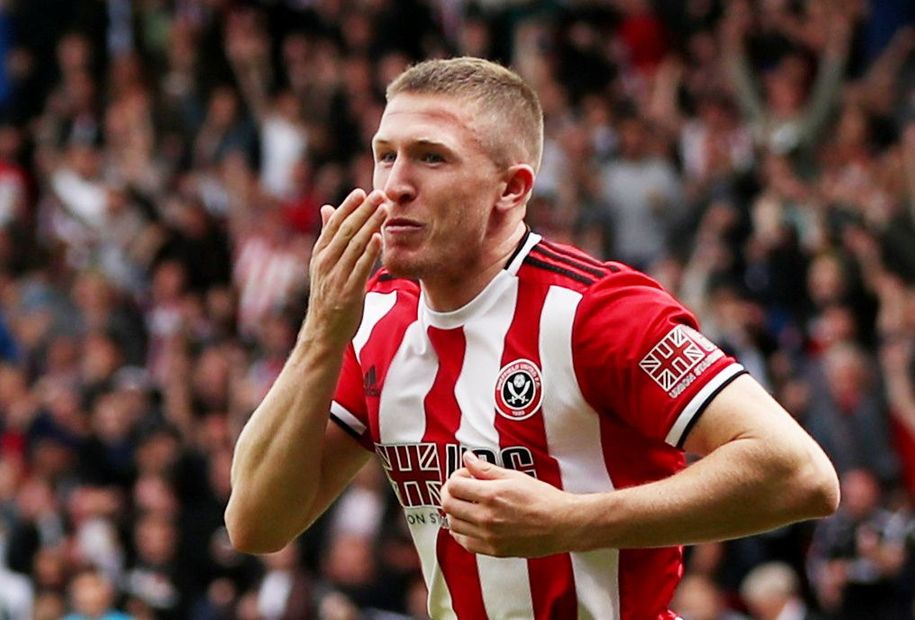 Owen: Win over Palace is massive for Sheff Utd

Dann: No excuses for the way the game panned out External Link

John Lundstram was the match-winner as Sheffield United beat Crystal Palace 1-0 in their first home match since returning to the Premier League.

David McGoldrick had the best of the first-half chances at Bramall Lane, firing Lundstram's cross straight at Vicente Guaita from close range shortly before half-time.

The home side then took the lead two minutes after the break, Guaita parrying a Luke Freeman effort for Lundstram to find the net.

Andros Townsend forced Dean Henderson into a low save six minutes later as Palace searched for an equaliser, but the hosts held on as they continued their unbeaten start to their first Premier League campaign since 2006/07.

The win puts the Blades in seventh position with four points, while 14th-placed Crystal Palace have one point from two matches.