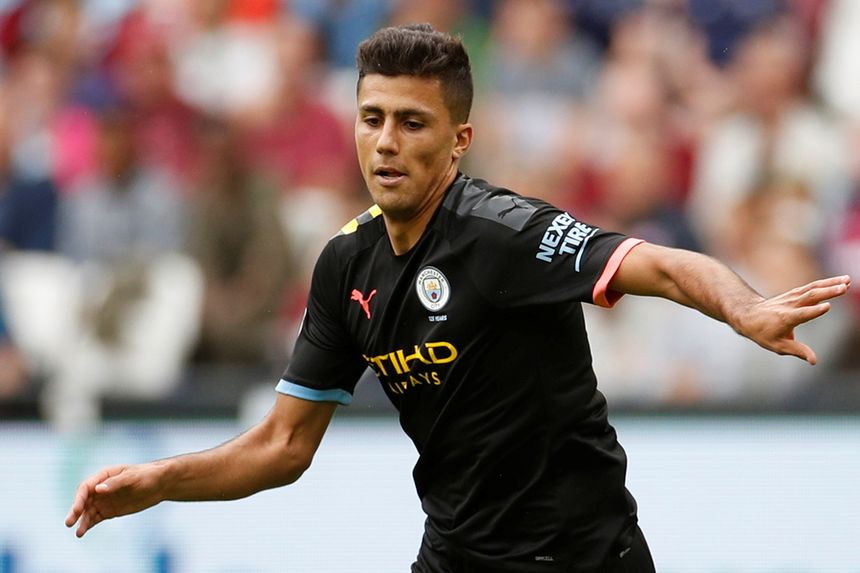 An accomplished midfield display for Manchester City in their opening 5-0 victory at West Ham United has earned Rodri a place in Alan Shearer's Team of the Week.

A new recruit to Pep Guardiola's squad after their triumphant 2018/19 campaign, the Spain international pulled the strings impressively for his new club.

"He slotted into the City midfield with ease, and looked very polished and steady," Premier League Champion Shearer said of Rodri's influential showing.

Introducing @alanshearer's #PL Team of the Week - agree with his XI? pic.twitter.com/GVJXbU0WGq

Made crucial saves to earn Everton a point with 10 men.

Walker was unstoppable down that right side in Man City's victory.

Solid, reliable and very dominant in a new-look Brighton back five.

Effortlessly slotted into that back four as the world's most expensive defender, and put in a sound performance.

Defended really well and got the balance right going forward.

He slotted into the City midfield with ease, and looked very polished and steady.

Bossed the midfield for Arsenal.

Wow! Started where he left off last season. Outstanding finishing and impeccable positioning.

Two superb finishes and a brilliant start for him and Burnley. He bullied the Southampton defenders.

Deadly again. Pulled Spurs through when they needed him to.

A calm penalty and a brilliant second goal. A big season is needed from Rashford if Man Utd are to finish in the top four.

In Potter's first Premier League match, Brighton's opening 3-0 away success against Watford could hardly have been more impressive.