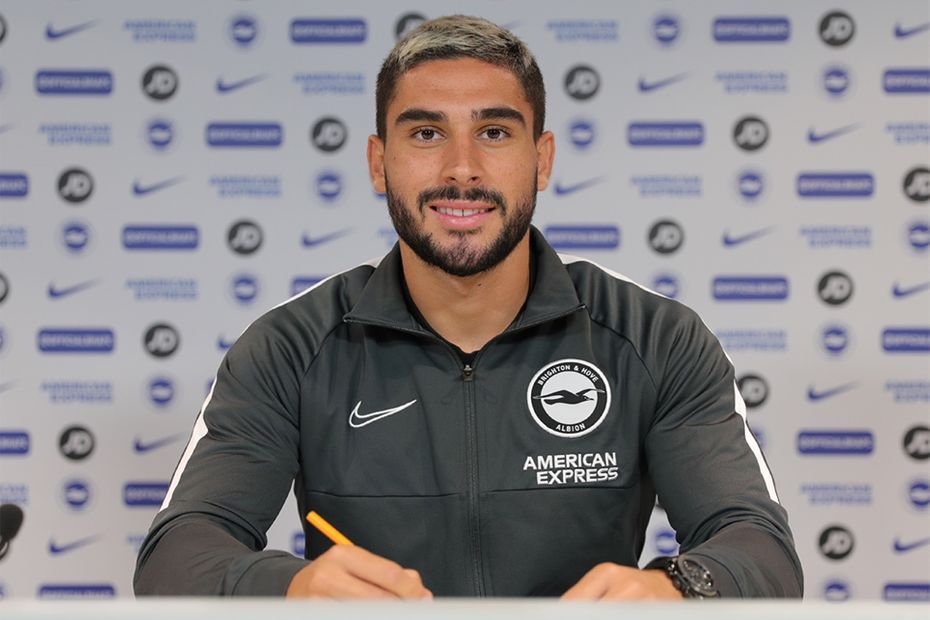 Brighton & Hove Albion have announced the signing of Neal Maupay from Brentford.

The 22-year-old striker has signed a four-year contract after joining Brighton for an undisclosed fee.

"Neal is a talented striker, with good strength and pace, and he is a goalscorer," head coach Graham Potter told the club's official website. "He will add an extra dimension to our existing forward options.

"The club has been monitoring Neal and has been aware of his ability for some time. His record in the Championship has been exceptional, with 41 goals across the last two seasons, and now his challenge is to transfer that to the Premier League."

Maupay, who has represented France at Under-16 to Under-21 levels, played for Nice and St Etienne before joining Brentford in 2017.

Last season, he scored 25 goals and claimed eight assists in the league as Brentford finished 11th in the Championship.

He is Brighton's sixth signing of the summer and could make his Premier League debut in their first match of the season, against Watford on Saturday 10 August.