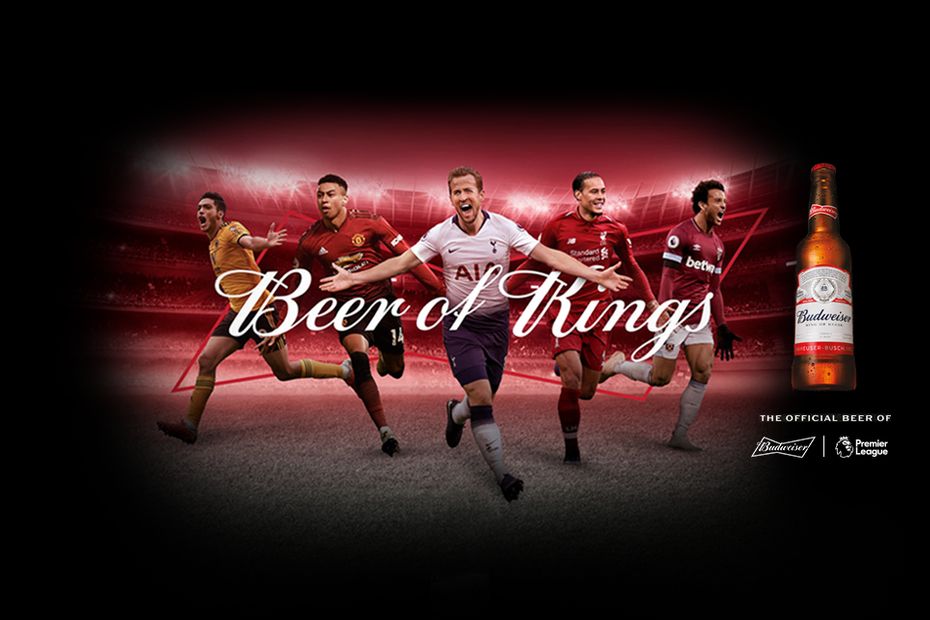 Budweiser, 'The King of Beers', is calling on Premier League fans to join them this season to celebrate the Kings of the Game.

As the world's most valuable beer brand, Budweiser's sponsorship of the Premier League aims to bring fans closer to their football heroes with a series of unique programmes across the globe.

Through our partnership, Budweiser will create opportunities for fans to celebrate their favourite players both on and off the pitch.

As part of the year-long campaign, across five continents and in more than 20 countries, there will be exclusive viewing parties for fans, while limited-edition packaging will be available in retail showcasing the iconic Premier League Trophy.

Content will also be created that highlights both the greatness of the players on the pitch and their cultural impact off it.

We will be inviting fans to vote for their King of the Match after every fixture via the official Premier League website and app.

Exclusive content will be shared on the @BudFootball social channels, including interviews with your Goal of the Month award winners.

"This partnership will allow us to further connect with key consumers and football fans across the globe," said Pedro Earp, chief marketing officer at Anheuser-Busch InBev (AB InBev).

"We are passionate about football, and so are our consumers, so we couldn't be prouder to celebrate the sport, the players, and most importantly, the fans."

Premier League Interim Chief Executive Richard Masters said: "We look forward to working together to bring our new partnership to life and capturing the imagination of our fans all over the world."