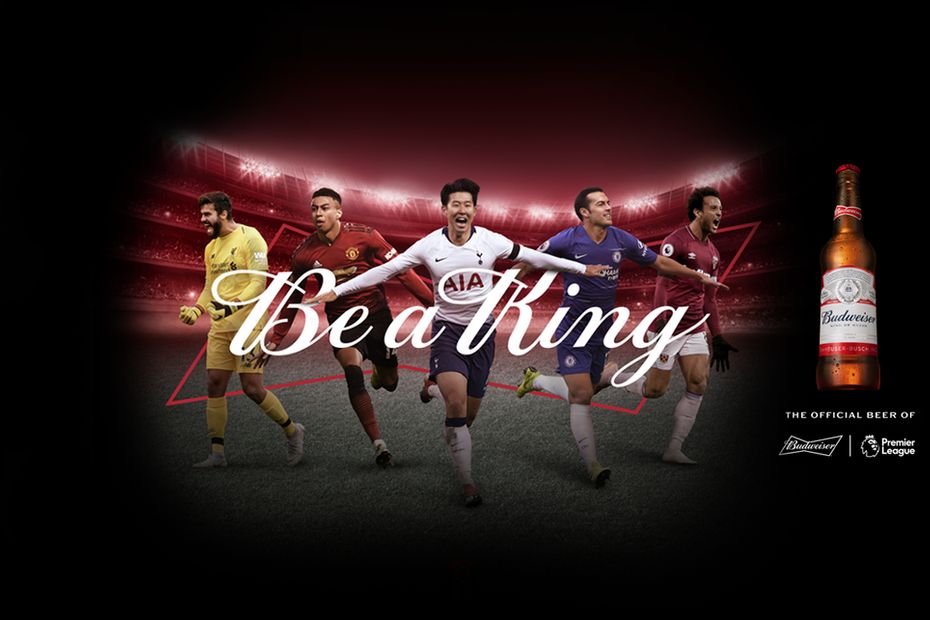 The Premier League and Budweiser have today announced the start of a multi-year partnership from the 2019/20 season.

As part of the partnership Budweiser will sponsor the Premier League, as well as Spain's LaLiga, across five continents and in more than 20 countries to bring fans closer to their footballing heroes through a series of unique programmes across the globe.

This includes the launch of Budweiser's "Be A King" campaign, which will inspire fans by connecting them with the kings of the Premier League.

"Budweiser has a track record of innovative football sponsorships, including partnering with the FIFA World Cup™ over many years.

"We look forward to working together to bring our new partnership to life and capturing the imagination of our fans all over the world."

Pedro Earp, chief marketing officer at Anheuser-Busch InBev, maker of Budweiser, said he was excited to kick off the long-term partnerships with the two leagues.

"These partnerships will allow us to further connect with key consumers and football fans across the globe," Earp said.

"We are passionate about football, and so are our consumers, so we couldn’t be prouder to celebrate the sport, the players, and most importantly, the fans."

King of Beers meets the Kings of the Game. The Premier League is excited to announce a new partnership with @budfootball #BeAKing pic.twitter.com/2obyZt7uzX