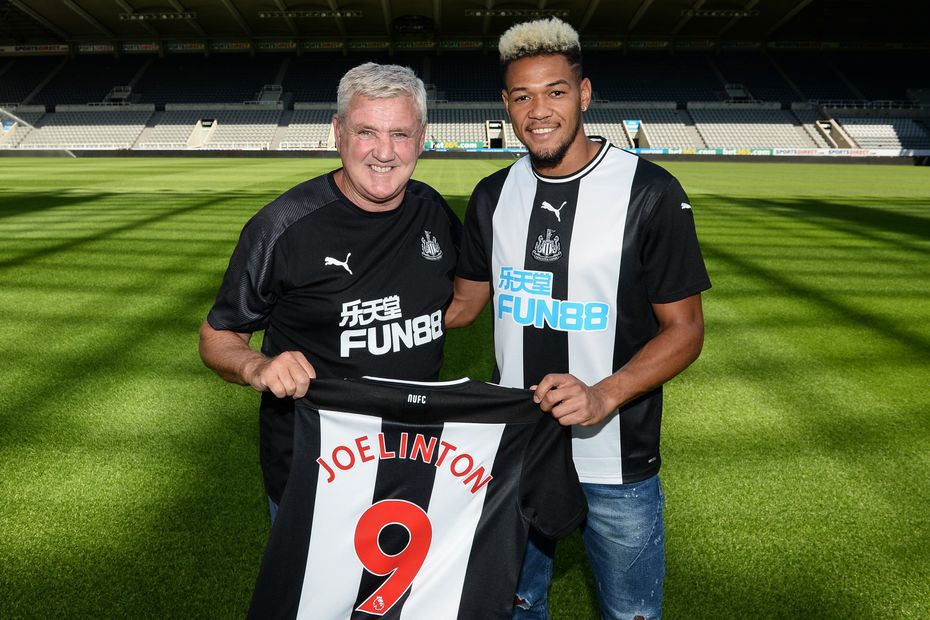 Brazilian joins from Hoffenheim, happy to wear Magpies' No 9 shirt made famous by Alan Shearer

Newcastle United have announced the signing of striker Joelinton from Hoffenheim for an undisclosed club-record fee.

The Brazilian has agreed a six-year deal to become Newcastle’s first recruit of the summer transfer window and joins for a fee that eclipses the amount the Magpies paid for Miguel Almiron in January.

The 22-year-old has been given the No 9 shirt worn by the Premier League's all-time leading goalscorer, Alan Shearer.

“He’s got everything that a modern-day player wants," new head coach Steve Bruce told the club's official website. "He’s big, strong and athletic, and of course he’s got age on his side too which is vitally important.

He has been capped at Under-17 level and played Manchester City in the 2018/19 UEFA Champions League.

Joelinton is Bruce's first signing since his appointment as head coach last week.

Newcastle continue their preparations for their Premier League opener at home to Arsenal on 11 August with a pre-season match against Preston North End on Saturday.