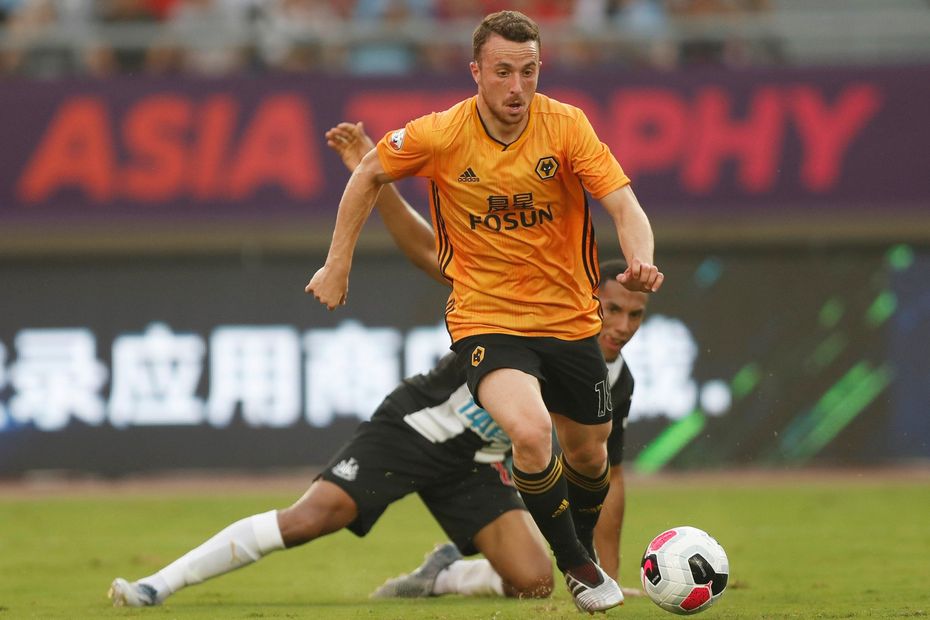 Forward Diogo Jota says his two goals against Newcastle United in the Premier League Asia Trophy will boost his and Wolverhampton Wanderers' confidence ahead of Saturday's final against Manchester City.

The Portuguese netted twice in the first half of Wednesday's 4-0 semi-final win over Newcastle which booked their place in Saturday's showpiece event in Shanghai.

Man City also scored four goals in their defeat of West Ham United but Jota believes his side's performance provides optimism as they look to beat the reigning Premier League champions to the Asia Trophy.

"Scoring goals always gives you an extra boost in terms of confidence, and you have to take advantage of that and keep working hard to be 100 per cent for the first match," he told Wolves' official website.

"We have to prepare ourselves and I think we did it well. The goals, of course, helped the team feel confident, to realise that we are working well."

Watch how Diogo Jota opened the scoring against @NUFC! #PLAsiaTrophy