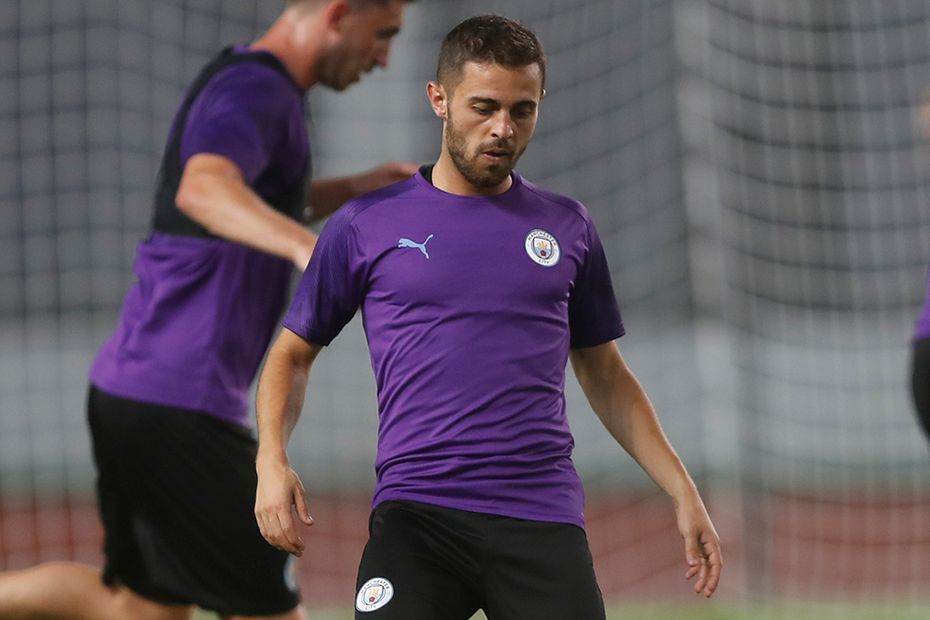 Bernardo Silva has warned Manchester City's rivals at the Premier League Asia Trophy that he and his team-mates are aiming for another piece of silverware this week.

Last season Pep Guardiola's side became the first English team to win the domestic treble, scoring 95 Premier League goals on their way to the title.

As they prepare for Wednesday's Asia Trophy semi-final against West Ham United in Nanjing, China, Bernardo says City will again be aiming to achieve glory in style.

"The most important thing is to try to gain the physical condition that we lost on our holidays but this team always plays to win so that's what we'll try to do tomorrow again," said the Portuguese midfielder.

"We'll try to play well, to score goals, to not concede and to win the trophy.

"Personally, it's my first time in China. I've never been here so I'm very excited, looking forward to seeing how it is here and in Shanghai [on Saturday].

"We're very happy to be here and we hope we can give [our fans in China] the best football we can play these days, and make them happy."

Time to get acquainted 😁📸

Guardiola says competition for places will drive his players on during the tournament.

"I think they're smart guys," he said. "They know they have an incredible squad. It's not necessary to tell them they have to play good to be in contention to play every day."

Summer signing Rodri will be aiming to impress after his move from Atletico Madrid, and Guardiola has confirmed the 23-year-old midfielder will face West Ham.

"He's a young player who is going to be important for the next five or six years. The first 10 days have been really good."

Tickets are still available to see the stars of Man City, Newcastle, West Ham and Wolves in action in Nanjing and Shanghai.

Prices start from just 88 RMB (£10) for a daily ticket to watch both semi-finals on Wednesday and fans in China can secure their seat via the links below, or by purchasing a ticket at the stadium on the day.