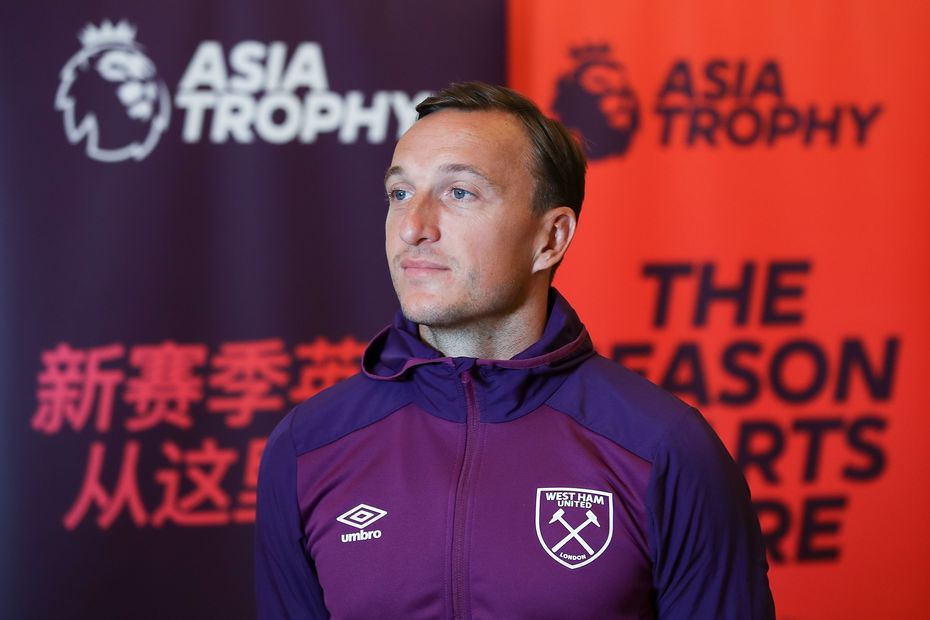 West Ham United captain Mark Noble says Wednesday’s match against Manchester City in the Premier League Asia Trophy will be a useful dress rehearsal for the clubs’ showdown on the opening weekend of the 2019/20 season.

The two teams meet in Nanjing, China in the semi-finals on Wednesday, just 24 days before going head to head at London Stadium in the top flight on Saturday 10 August.

"It's only our second game in pre-season so we're still not fit and we need to get some minutes under our belts," Noble told his club's official website.

"Playing against the champions will help because they are really good – they always are!

"We also play them in our first game of the Premier League season, so it gives us a little glimpse of Man City early on.

"You want to test yourself against the best and they are the best."

Noble was part of the West Ham squad when the Premier League Asia Trophy was last held in mainland China, in Beijing, in 2009.

"Was it 10 years ago?!" he said. "I just remember how hot and humid it was, but it was a fantastic occasion for us, especially for me as a young boy of 22 back then.

"We know how big the Premier League is in China and it has wonderful support, so to come and see it first-hand is pretty special.

"We had only been here 10 minutes and we'd met loads of fans, so I hope we get a good turnout on Wednesday and for our other game in Shanghai [against Newcastle United or Wolverhampton Wanderers on Saturday] and we can put on a show for those fans."