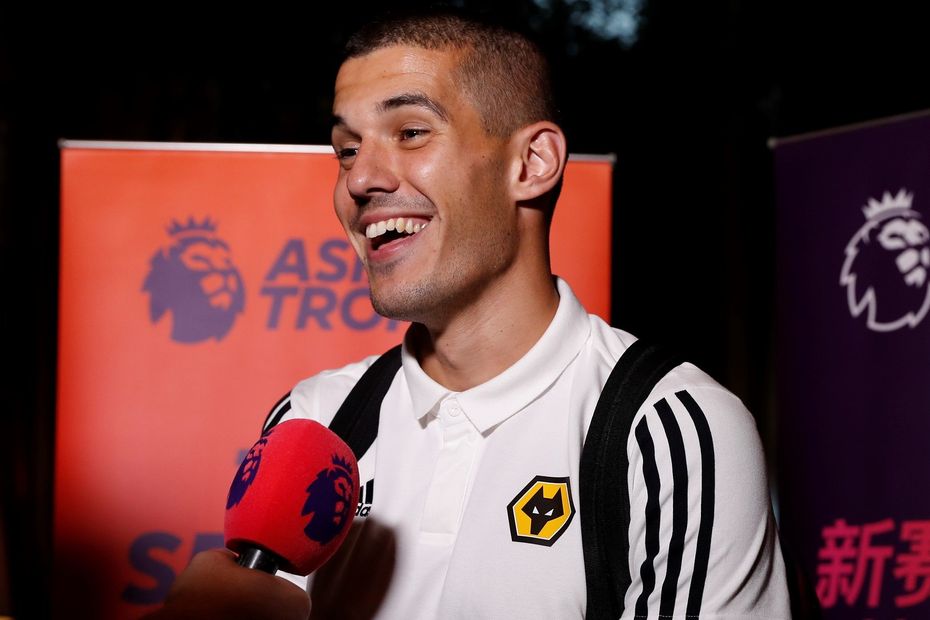 Wolverhampton Wanderers are relishing the chance to play at the Premier League Asia Trophy as they look to win the tournament and gain momentum ahead of their UEFA Europa League qualifying match next week.

Wolves kick off the biennial tournament against Newcastle United on Wednesday in Nanjing, China, just eight days before they face Crusaders or B36 Torshavn in the first leg of their European qualifier.

Conor Coady says the Asia Trophy is a wonderful opportunity to both show how far Wolves have come under Nuno Espirito Santo and to also build up their fitness in testing conditions that can benefit their pre-season.

"It’s amazing because we don’t often come to places like this," captain Coady told the club's official website.

“We’ve got to remember where we were three years ago in the Championship, we weren’t getting these opportunities, so to be here now and see the amount of people who come out and look at what Wolves are doing is fantastic.

“It’s about the football, it’s as simple as that. We’ve got a massive game which we’re really looking forward to. We want to enjoy China, experience everything about it, but we’re here for football and that will never change.

“You’ve got to work as hard as you possibly can in the heat to get yourself as fit as possible, because a week Thursday we have a huge game and we’re starting earlier than everybody else so we’ve got to make sure we’re doing it properly.”

Tickets are still available to see the stars of Manchester City, Newcastle, West Ham United and Wolves in action in Nanjing and Shanghai.

Prices start from just 88 RMB (£10) for a daily ticket to watch both semi-finals on Wednesday and fans in China can secure their seat via the links below, or by purchasing a ticket at the stadium on the day.