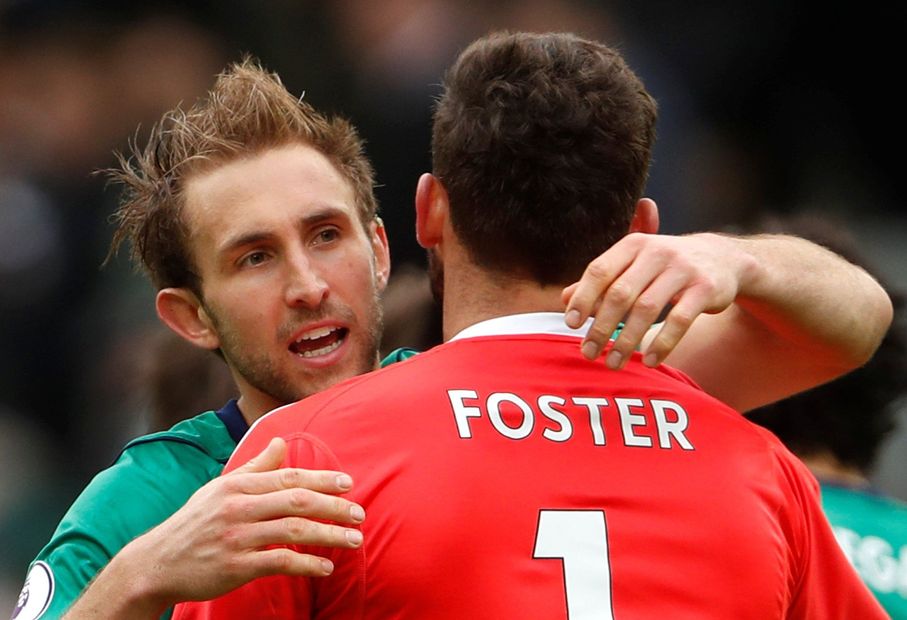 An experienced defender with 153 Premier League appearances to his name, Watford signing Craig Dawson has been recruited from West Bromwich Albion to strengthen the rearguard and protect the man between the sticks.

But the Hornets’ No1 Ben Foster, reunited with Dawson after their time together at The Hawthorns, has warned his fellow goalkeepers to expect some bruising encounters with their new team-mate in training.

"I remember there was a time with Alex Palmer, the young goalie,” Foster recalled while sitting down to interview Dawson for Watford’s official website.

"It was a Friday, the day before the game, and we were practising set-pieces. It was almost like a walk-through, not serious.

"Somebody whipped a ball in and Palmer came out to take it, all nice and easy, thinking, 'It's only a walk-through'. No, you went smash, absolutely wellied through him.

"I've already warned the goalies here. I've told them to stay away from you in training, that you're like a walking injury. If you could just leave it for the games that would be brilliant."

Dawson has noticed that his reputation has preceded him at Vicarage Road.

"Everyone welcomed me to the club and said, 'Leave me alone in training', so I'm sure you've been spreading the word," he said.

Watford will open their Premier League campaign at home to Brighton & Hove Albion on Saturday 10 August.