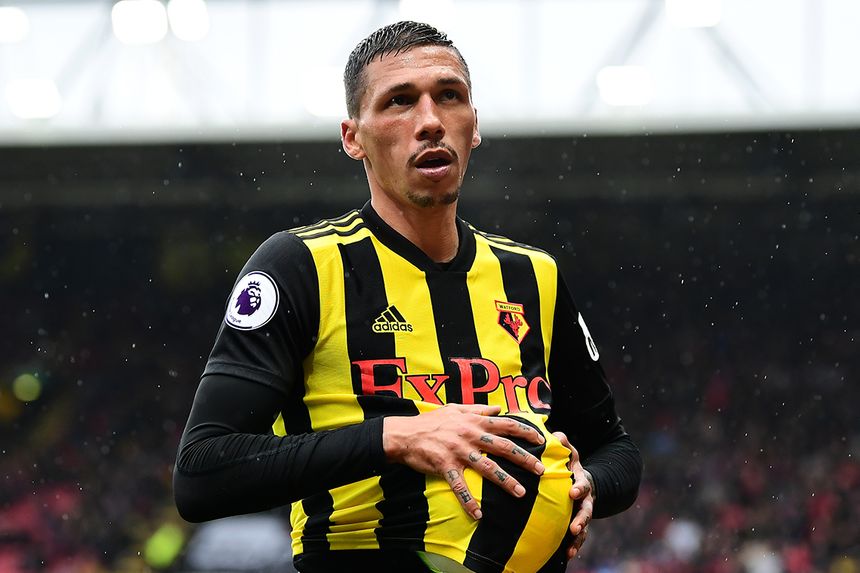 Gray: “This Year Should Be Even Better” External Link

Dawson & Foster: The Interview External Link
Palace can push on by boosting firepower

Watford made terrific progress under Javi Gracia in 2018/19 and reached the FA Cup final. They will now be eager to take further forward steps this season.

It is hard to find many faults with a side that improved so much, but I do feel the Hornets lack quality in wide areas.

With their 4-2-2-2 formation, Watford usually had two strikers attacking crosses but it is a narrow system and there is an issue with service to those forwards.

The inverted wide men Roberto Pereyra and Will Hughes are rarely asked to stretch play by hugging the touchline.

This puts an onus on both full-backs to get forward, which they do, but their end product was below par last season.

Left-back Jose Holebas and right-backs Kiko Femenia and Daryl Janmaat were the Hornets' most prolific crossers from open play in 2018/19.

But they were only ranked eighth and joint-ninth for chances created in open play among Watford players. So if Gracia persists with 4-2-2-2 he will certainly look for better end product from the wings.

It will be interesting to see whether new signing Craig Dawson is used as a centre-back or full-back.

He played for many years as a right-back for West Bromwich Albion in the Premier League and is capable of whipping in dangerous crosses.

Gracia may also address the lack of natural wingers in his squad, as there is not an abundance of specialists in this area.

Competition for the captain

The tricky Gerard Deulofeu and pacy Andre Gray are good foils for their captain, but Deeney's physical presence and fighting spirit are still integral to the side's style of play.

This summer Gracia may opt to give the 31-year-old more competition by recruiting a centre-forward with similar attributes.

In previous seasons the back-ups to Deeney have failed to deliver, and he has averaged 34 appearances per season over the last four Premier League campaigns.

To keep him fresh and in peak condition, it makes sense for Watford to bring in somebody who can offer reliable cover from time to time.