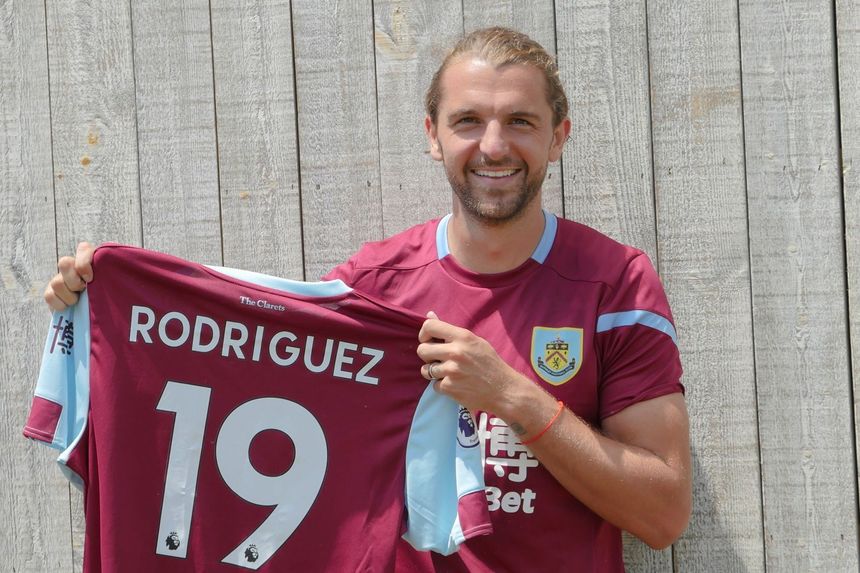 Burnley have announced the signing of Jay Rodriguez from West Bromwich Albion for an undisclosed fee.

The striker has agreed a two-year deal, with the option of another 12 months, to return to the club with whom he started his career.

Rodriguez scored 41 goals in 129 appearances for Burnley before moving to the Premier League in 2012 with Southampton, where he spent five seasons, before joining West Brom.

In 141 Premier League matches for both clubs he produced 33 goals and 11 assists before suffering relegation in 2017/18.

You can take the boy out of Burnley... pic.twitter.com/uSAiTww7Hs

“He’s proved that over the past couple of years and shown he still has goals in him," Dyche told the club's official website. "But he’s also got that competitive instinct to play in a team that wants to compete.

“We want the in-house competitive edge, not just on a matchday, and I definitely think Jay will bring that to the strike force.”

Rodiguez faces an early reunion with Southampton on the opening weekend of the season at Turf Moor on 10 August.