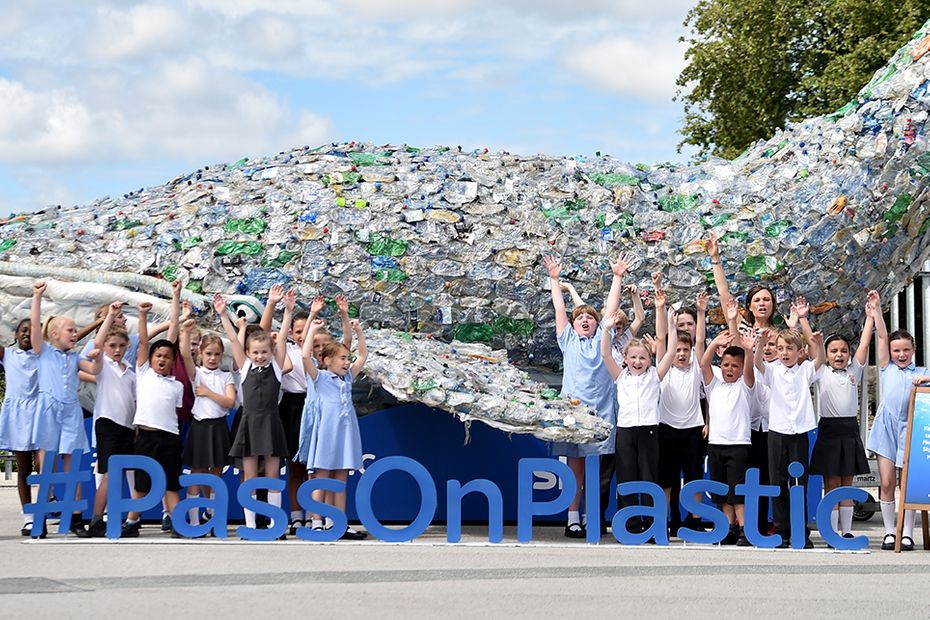 Children from St Mary's Catholic Primary School in Wrexham had a day to remember as they were crowned winners of the Premier League and Sky Ocean Rescue's Plastic Pollution Challenge.

The school had a visit from both the Premier League Trophy and the 10-metre Sky Ocean Rescue whale "Plasticus" to reward the innovative ideas that formed their winning pledge to raise awareness of plastic pollution, and the details of how they would reduce it.

"We are so proud of all our pupils who have really taken this campaign to heart and helped make a better community for all of us," said headteacher Rachel Acton.

"It's great to see pupils take on such an important cause at such a young age and seeing them educate people within our own local community is very inspiring.

"By empowering them to take responsibility and understand the damage that single-use plastic is having on the environment, Premier League and Sky Ocean Rescue have helped shape a new generation of environmentally-minded young people."

The Plastic Pollution Challenge was launched at the start of the year and asked primary school pupils to pledge how they will cut use of plastics, with prizes for the best responses.

Pupils from Year 3 at St Mary's began their campaign with a series of parent and school assemblies while, in school, they started a crisp-packet recycling programme and built plastic-bottle greenhouses.

When they realised there were no local recycling bins in their area, they wrote three letters; one to their headteacher, one to the mayor of Wrexham and one to Plastipak packaging, who then donated some to the school.

Making sure the message was shared with their local community, the students then displayed posters in local cafes to educate people about reusing plastic bottles.

Now all school events use paper cups, and kitchen staff sort through food and packaging to ensure everything is recycled appropriately.