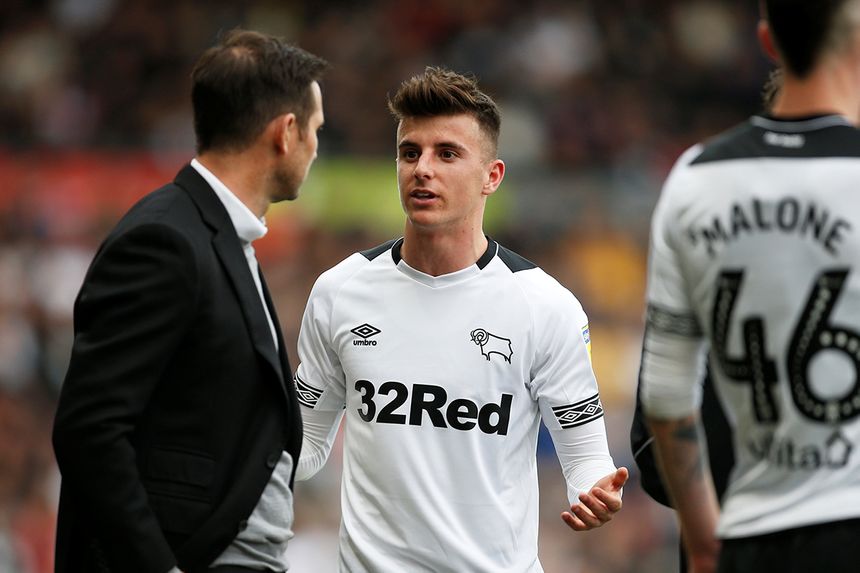 With Blues' new head coach vowing to give youth a chance, we look at the starlets hoping for a breakthrough season

Lampard on his style and backing himself to succeed External Link

The Blues won the FA Youth Cup five seasons in a row between 2014 and 2018. They have also twice won the UEFA Youth League and have reached the final on two more occasions in the last five years.

And, while Lampard has only had one season in management, he has quickly developed a reputation for giving youth a chance.

His Derby County side gave more minutes to players aged 21 and under in the Championship last season than any other club, prior to the playoffs.

Here we look at four Chelsea academy products who can benefit from Lampard’s return to Stamford Bridge.

The 21-year-old striker has impressed during his loan spells.

He has proven prolific in the Championship, scoring 25 goals in 37 league fixtures as Aston Villa won promotion against Lampard's Derby in the playoff final last season.

Abraham also got the opportunity to cut his Premier League teeth in 2017/18 when he scored five times for Swansea City and he will now be aiming to prove he can lead the line for Chelsea.

The 19-year-old will be hoping to force his way into Lampard's plans after an outstanding 2018/19 campaign on loan with Wigan Athletic.

James won Wigan's Player of the Year, Players' Player of the Year and Goal of the Season, and he made such an impression that he was moved from right-back into central midfield, a position in which he thrived.

He was also named in the Championship Team of the Season, and was rewarded with a substitute appearance in Chelsea's friendly win over New England Revolution prior to the UEFA Europa League final in May.

The 20-year-old also struck twice in their run to the fourth round of the EFL Cup, which culminated in a 3-2 defeat by Chelsea at Stamford Bridge.

The playmaker rounded off 2018/19 by appearing in all three of England's UEFA Under-21 European Championship matches.

Mount previously enjoyed a season-long loan spell with Dutch side Vitesse Arnhem, and will be striving to make his competitive debut for Chelsea this season.

Also on loan with Derby in 2018/19, Tomori won the club's Player of the Season award after playing an integral role at the centre of their defence.

The 21-year-old made 43 Championship appearances, including all three of their playoff ties.

Before that, Tomori won promotion to the Premier League while on loan with Brighton & Hove Albion in 2016/17, and he spent the 2017/18 season at Hull City.

The centre-back has made one previous PL appearance, featuring against Leicester City in May 2016.