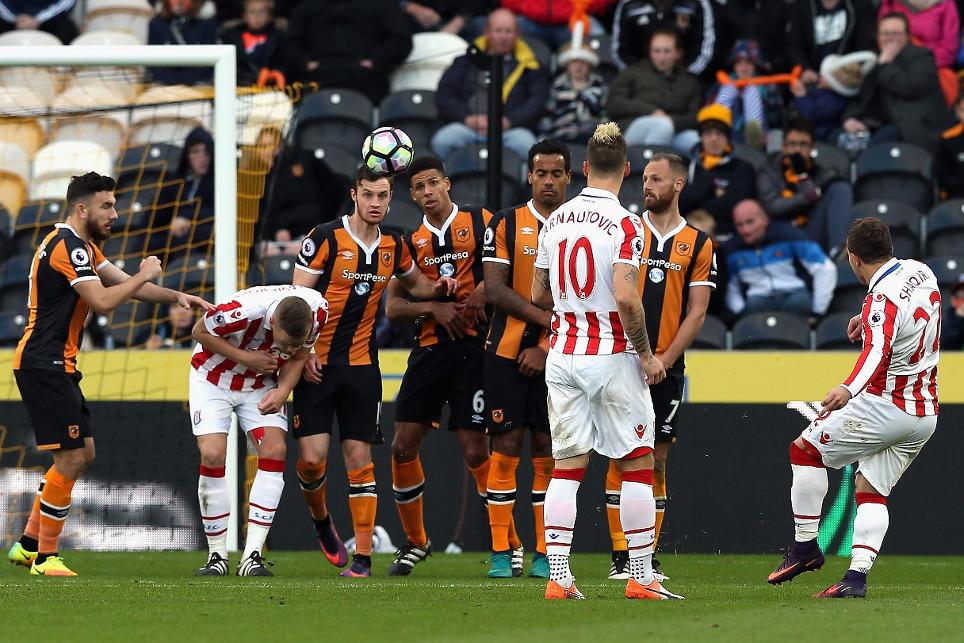 Two brilliant strikes from Xherdan Shaqiri provided Stoke City with their second victory in a row beating Hull City at the KCOM Stadium.

Shaqiri gave the visitors a 1-0 lead after 26 minutes with a fine curling effort from outside the area.

Marko Arnautovic could have doubled the visitors’ lead shortly afterwards but was denied by David Marshall in the Hull goal.

Stoke doubled their lead early in the second half thanks again to some magic from Shaqiri.

The Switzerland midfielder stepped up to his free-kick from 22 yards after he was brought down and put it past Marshall and into the top corner.

Marshall made further saves from Arnautovic and Joe Allen as the visitors saw off the home side with Hull failing to trouble Lee Grant in the Stoke goal.

The three points lifted Stoke above Hull into 16th in the table, with the Tigers falling into the bottom three for the first time this season.