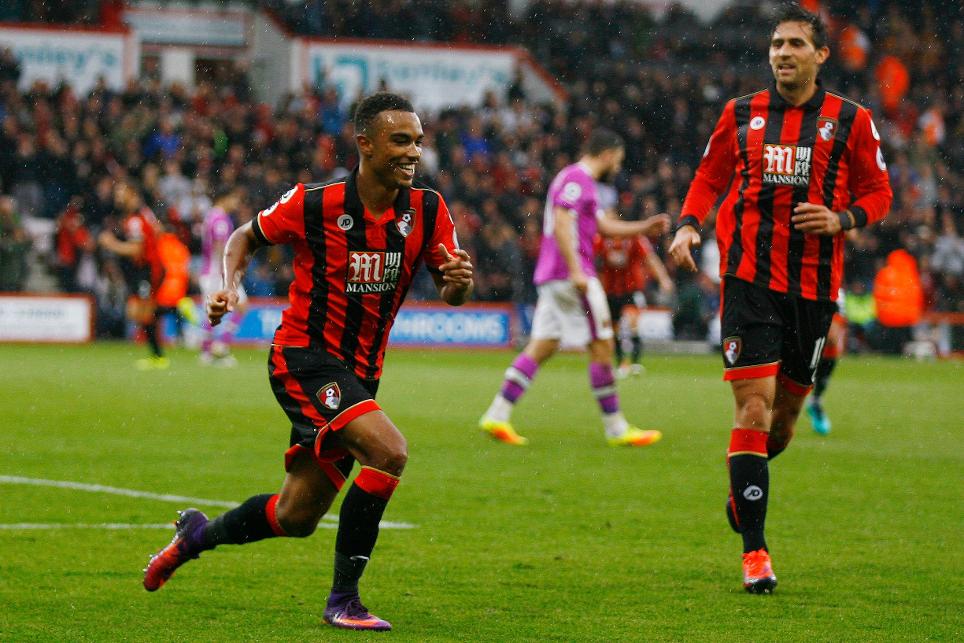 After picking up only a single point in the first three Gameweeks, AFC Bournemouth’s improvement in recent weeks has coincided with the return to action of Junior Stanislas (£5.5m).

Last weekend’s 6-1 home defeat of Hull City continued the Cherries’ fine recent form as Eddie Howe’s side registered a third straight win in front of their own fans.

Sidelined for the opening three fixtures of 2016/17 due to a hamstring problem, Stanislas has made a significant impact upon his first outing of the season in Gameweek 4.

After firing the winner at home to Everton in Gameweek 6, the winger provided an assist in a 2-2 draw at Watford the following weekend before recording two goals and a pair of assists against Hull last Saturday.

With the maximum bonus points also accrued, Stanislas produced 21 points in Gameweek 8 – equalling the highest individual haul of the season.

When compared with his previous campaign, there has been a definite improvement in the wide man’s goal threat – something that should encourage Fantasy Premier League managers.

Stanislas’ goal attempts (from 2.1 to 2.6) have risen, with an upturn in accuracy catching the eye. Last term’s average of 0.5 efforts on target has jumped to 1.6.

From Gameweek 4 onwards, Stanislas is second to Callum Wilson (£6.5m) when it comes to total attempts (13 to 14) for AFC Bournemouth, though betters the striker by eight shots on target to six in that period.

Only Southampton’s Dusan Tadic (£7.2m), with nine, has produced more efforts on target from midfield in the last five Gameweeks.

Despite missing the first three matches of the campaign, Stanislas is placed third in terms of value from midfield, behind Etienne Capoue (£5.3m) and Joe Allen (£4.9m) alone.

Nonetheless, FPL managers have been somewhat reluctant to acquire the wide man.

Sitting in 1.0% of squads, he has been snapped up by only 32,000+ this Gameweek ahead of a weekend visit from unbeaten Tottenham Hotspur.

But with Toby Alderweireld (£6.5m) ruled out for the visitors and Danny Rose (£5.9m) doubtful, Howe will fancy his chances of making it four straight victories at Vitality Stadium.

Following that, upcoming clashes against three of the current bottom four – Middlesbrough, Sunderland and Stoke City – suggest the Cherries winger has the platform to continue delivering value for money in our five-man midfields.

The Gameweek 9 deadline is at 11.30am BST Saturday 22 October