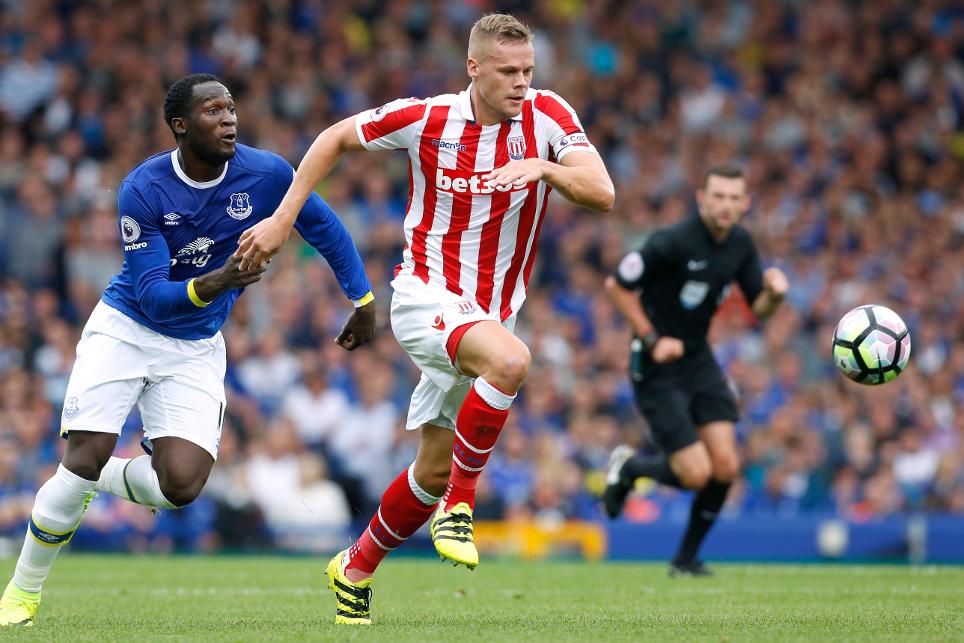 Set-piece presence could be key to a big FPL return for the Stoke skipper, according to The Scout

With Stoke City's form on the rise ahead of a promising run of fixtures, their captain Ryan Shawcross (£4.9m) can now play his way into Fantasy Premier League managers' plans.

Having recovered from the back problem that limited him to only 20 Premier League appearances in 2015/16, Shawcross has played every minute of this season, which is showing signs of revival after a disappointing start for the Potters.

Mark Hughes' men registered a first win and a clean sheet in their 2-0 home triumph over Sunderland in Gameweek 8, and although he has yet to find the net, Shawcross has already proved a significant threat at set-pieces.

The imposing central defender has produced seven attempts inside the penalty area over the first eight rounds of matches.

That statistic matches that of Joe Allen (£4.9m), his midfield team-mate, who has earned over 132,000 transfers in this Gameweek after taking his tally to four goals for the season. Marko Arnautovic (£7.2m), with 11 attempts, is the only Stoke player to have registered more.

Indeed, when compared with other FPL defenders, Shawcross is bettered only by Crystal Palace's Scott Dann (£5.4m) and Tottenham Hotspur's Toby Alderweireld (£6.5m), with nine and eight respectively, for attempts inside the box.

The 29-year-old is also placed third for touches in the opponents' area (23) and his total of 26 aerial duels won is bettered by only four other defenders.

The return of dead-ball specialist Xherdan Shaqiri (£6.3m) is key to Shawcross's prospects.

Since recovering from injury in time for Gameweek 6, the Switzerland international has supplied more successful corners (seven) than any other Premier League midfielder.

This could spell trouble for struggling Hull City on Saturday.

The Tigers, who shipped six goals at AFC Bournemouth last weekend, have conceded 23 attempts from set-piece situations in the last four rounds of fixtures; only Burnley (25) have allowed more.

When compared with last season, Shawcross has more than doubled his touches inside the box (from 1.4 to 2.9) and efforts in the opposition area (from 0.4 to 0.9). His 3.2 successful aerial duels per appearance is also an improvement on an average of 2.5 in 2015/16.

With matches against Swansea City, AFC Bournemouth, Watford and Burnley also to follow in the next six Gameweeks, the Potters' captain is well-placed to go on providing FPL returns and increasing his modest 1.6% ownership.

The deadline for transfers for Fantasy Premier League this Gameweek is 11.30am, Saturday 22 October