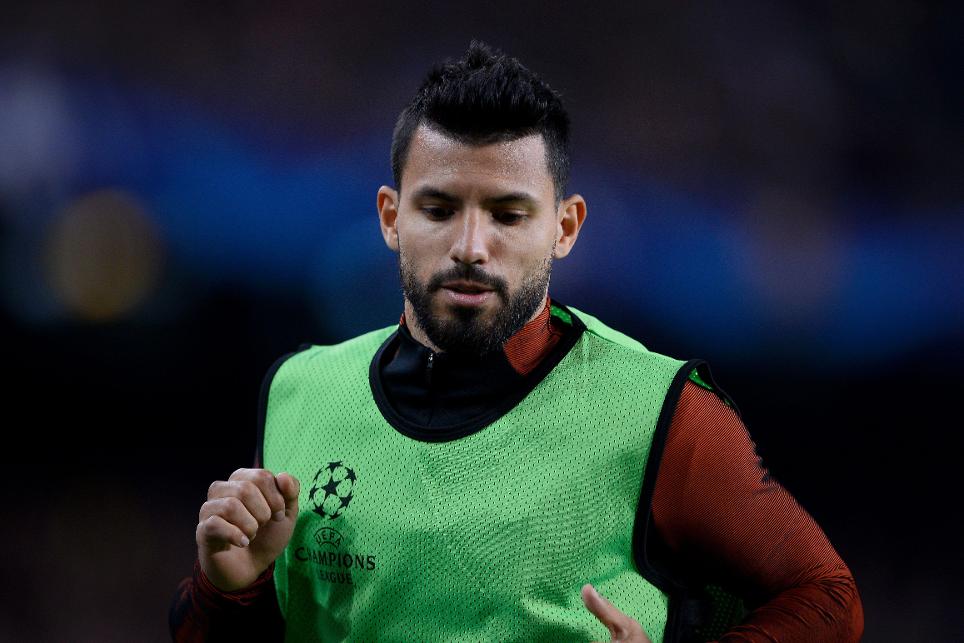 'Ozil has a taste to score goals now' External Link

By far the most popular player in FPL, Aguero sits in 44.8% (1.8million) squads and expected to return to City's first XI in Barcelona after being benched for the 1-1 draw with Everton on Saturday.

But Aguero was restricted to a late cameo as a result of Pep Guardiola's tactical tinkering.

Having scored five goals in six appearances, Aguero remains one of the most reliable forwards in the Premier League but Guardiola's recent teamsheets have raised questions over the security of the striker's pitch time.

If he is left out of Sunday's home match with Southampton, Aguero's FPL owners will need to reassess their options.

De Bruyne, who was fielded as the most advanced midfielder in the 4-0 defeat at Camp Nou, has produced FPL points in five of seven appearances, with an average of 7.0 points per match, which is more than any team-mate.

But he is owned by only 9.3% of FPL managers ahead of Gameweek 9.

Another midfielder likely to find favour among the FPL fraternity is Mesut Ozil (£9.5m), who was Arsenal's star performer in their 6-0 home win against Ludogorets Razgrad.

The German has found the net in three of the last six Gameweeks and collected three goals and his first assist of the season as Arsenal extended their winning streak in all competitions to seven matches.

Alexis Sanchez (£11.3m) and Theo Walcott (£7.9m) continued their fine form by grabbing a goal apiece before both were replaced.

Walcott's weekend brace in the 3-2 Premier League victory over Swansea City sent him to the top of the FPL midfield standings, with four goals and two assists in his previous four top-flight matches.

Owned by 23.7% of FPL managers, Sanchez has returned three goals and two assists over that period thanks to a role up front.

The in-form Arsenal trio are among the favourites for captaincy for Gameweek 9 as Arsene Wenger’s side welcome Middlesbrough.

At the back, Arsenal's improved resilience has earned them five clean sheets in their last six matches in all competitions.

Hector Bellerin (£6.5m) and Laurent Koscielny (£6.3m), with 26.3% and 14.9% ownership respectively, look well placed for defensive returns against a Boro side who have produced the fewest shots on target (seven) from a Premier League side over the last four Gameweeks.