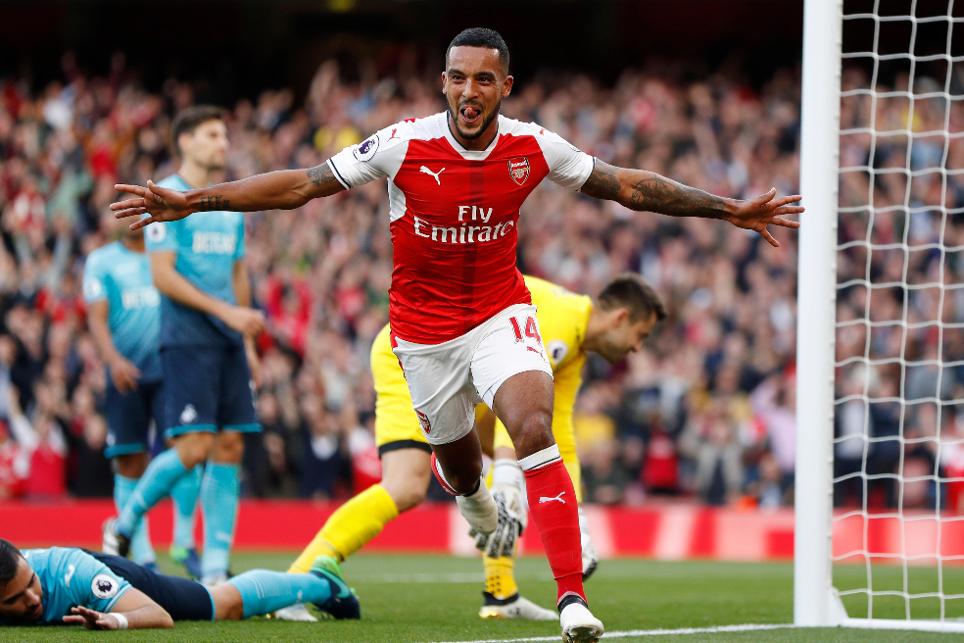 'Ozil can score when he wants' External Link

'It's the energy I've never had' External Link

Registering 43 in the Bonus Point System (BPS), the Germany international created two 'big chances' and made six recoveries, in addition to completing 43 of his 58 attempted passes.

Gylfi Sigurdsson (£7.2m), who was used as a 'false nine' by new Swansea manager Bob Bradley, claimed two bonus points, largely by virtue of his first-half strike, with a score of 32 BPS.

Walcott and Swans striker Borja Baston (£6.9m) received one bonus point apiece, with both players registering a BPS score of 25.

The Gunners winger was penalised for spurning no fewer than three 'big chances' as he missed out on a hat-trick.

Baston, who came on as a second-half substitute, scored Swansea's second goal that ultimately failed to prevent a fourth consecutive defeat for the team.

Walcott may have been denied maximum bonus points but topped the ICT Index.

His Threat score of 100 was the highest in Saturday's matches as he recorded six goal attempts, with five of those arriving from inside the penalty area.

Ozil was not far behind with an Index score of 16.9.

The playmaker was the most inventive player on show at Emirates Stadium, scoring 71 for Creativity courtesy of 31 passes in the final third, including five chances provided for team-mates.

For Swansea, it was again Sigurdsson who stood out, with an ICT Index score of 10.6.

The midfielder was the creative hub for the visitors at Emirates Stadium, managing four successful crosses, while he also laid on two goalscoring opportunities.

Walcott’s brace on Saturday means he has now produced attacking returns in each of the last four Gameweeks - contributing four goals and two assists.

He is now one point ahead of team-mate Alexis Sanchez (£11.3m) at the top of the FPL midfielder standings.

That has installed Walcott as the most sought after FPL signing, attracting over 80,000 new owners so far heading into Gameweek 9.

With struggling Middlesbrough and Sunderland up next for Walcott and the Gunners, it is difficult to argue with his surge in ownership.

Elsewhere in the Arsenal camp, Granit Xhaka (£5.3m) will miss those nex two Premier League matches after he was dismissed following a rash tackle on Swansea's Modou Barrow (£5.0m).

Barrow's performance was the major positive for Bradley, with the Gambian winger, the supplier of the assist for Swansea's second goal, a constant menace down the right flank.

Bradley will desperately hope the injury he suffered as a result of Xhaka's challenge will not rule him out of Saturday's Gameweek 9 home encounter with Watford.