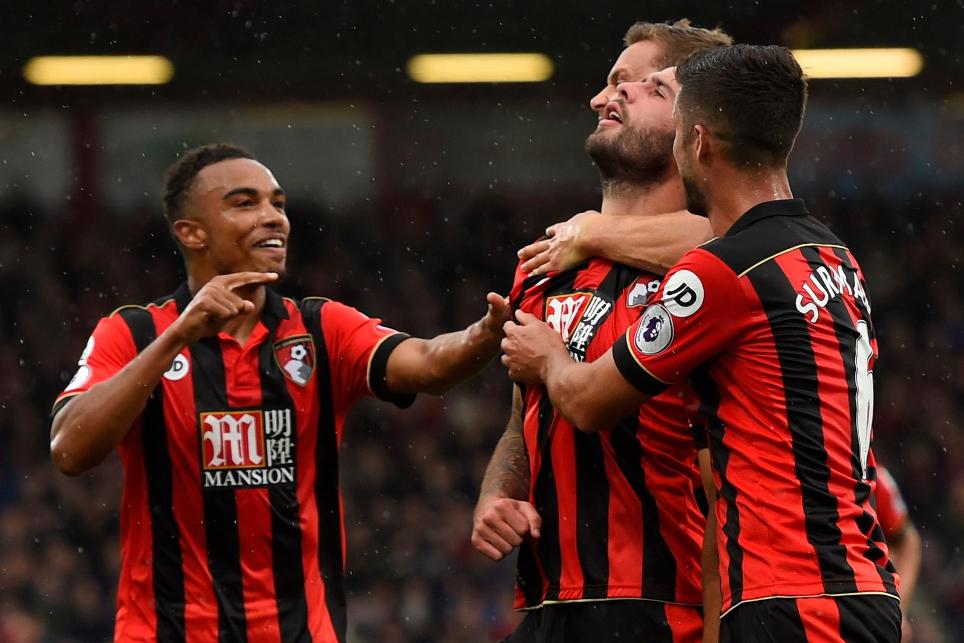 Eddie Howe's emerging AFC Bournemouth side make their first contribution to the Fantasy Premier League Dream Team off the back of a resounding 6-1 win over Hull City.

Despite conceding to the Tigers, Howe's defence provides two members of the Dream Team rearguard.

Steve Cook and Charlie Daniels (both £4.9m) both found the net, with the latter also contributing an assist in Saturday's win. Those were the pair's first attacking returns of the season, having produced seven goals between them in 2015/16.

With three successive wins at Vitality Stadium, that Cherries trio offer continued FPL potential ahead of the home fixture with Tottenham Hotspur.

Watford's Jose Holebas (£4.5m) was another defender to find his range, blasting a second goal of the season in the Hornets' away win at Middlesbrough.

Nathaniel Clyne (£5.5m) failed to score for Liverpool but his three bonus points, generated from winning all four attempted tackles against Manchester United on Monday night, were enough to reward him with a first Dream-Team berth.

The Dutchman's remarkable display for Everton at the Etihad Stadium, crowned by a pair of penalty saves, earned him 17 points and a guaranteed call-up.

Arsenal's Theo Walcott (£7.8m) is the only member of the Gameweek 8 line-up to claim a second Dream Team start.

His outstanding form continued with a brace in the Gunners' narrow win over Swansea City; Walcott has fired four goals and two assists in the last four Gameweeks, ensuring that he is the top transfer target with more than 133,000 new investors prior to Gameweek 9.

Middlesbrough and Sunderland are the next two sides challenged with shackling the Arsenal man.

Stationed in the No 10 role by Mark Hughes, Allen has provided four goals in the last three Gameweeks. It took a brace and 16-point contribution against Sunderland to earn him a first Dream Team debut.

Both owned by only 0.2% of FPL managers, the pair claimed their second goals of the season in wins over Leicester City and Crystal Palace respectively.

To this point, Lanzini's efforts have been overshadowed by team-mates Michail Antonio (£7.2m) and Dimitri Payet (£9.4m).

Meanwhile, Moses has blossomed in the right-wing-back role as a result of Antonio Conte's shift to a three-man defence.

The only forward to score more than once in Gameweek 8, the Southampton man’s brace against Burnley means he has netted four goals in as many Premier League matches.

Currently found in only 7.1% of FPL squads, his ownership has steadily climbed, attracting 250,000 new owners since firing the winner over Swansea City in Gameweek 5.