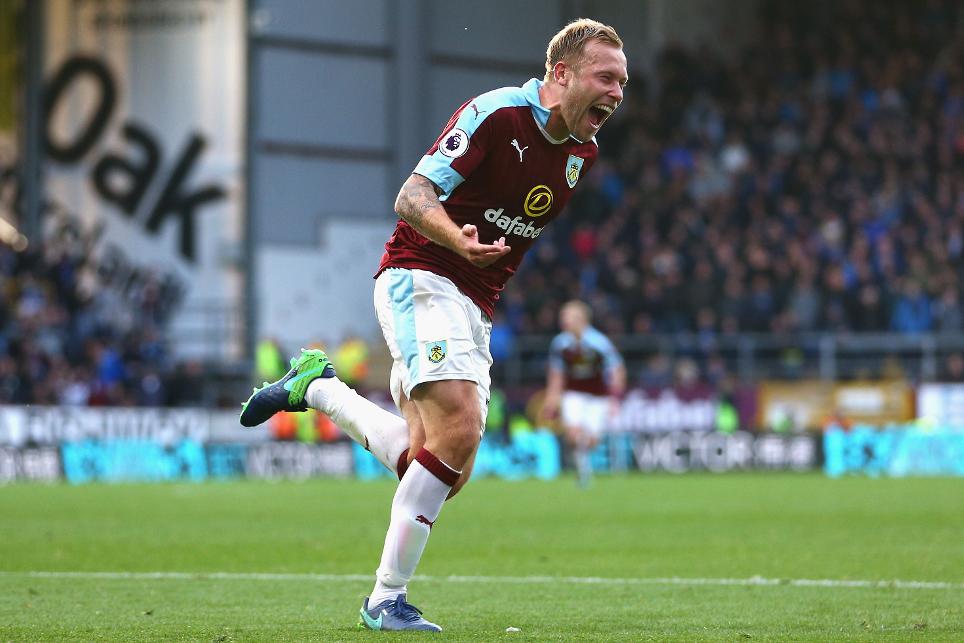 The home side were under pressure from the outset, with Kevin Mirallas forcing Tom Heaton into the first of many saves inside 90 seconds.

But Sean Dyche’s side took the lead, when Sam Vokes scored for the second consecutive Premier League match, poking into an empty net after Maarten Stekelenburg could not stop Arfield's effort.

Having denied both Lukaku and Bolasie as the match opened up, Burnley hit Everton on the counter in the dying moments.

Johann Berg Gudmundsson’s long-range effort rattled the crossbar and Arfield was on hand to drive home.