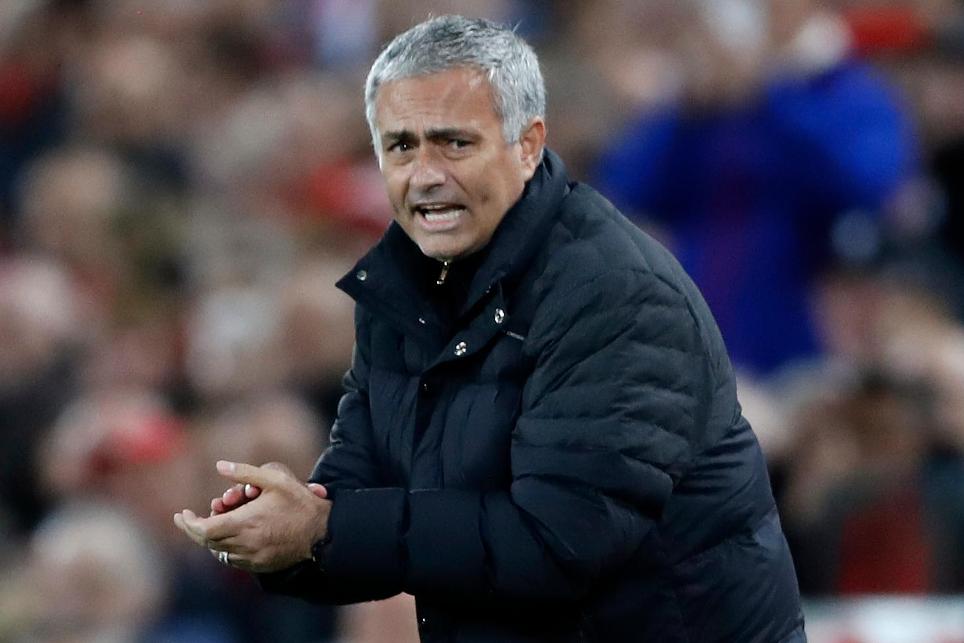 Mourinho: We were in control at Anfield External Link

Manchester United manager Jose Mourinho was happy with a point at Anfield after his side ended Liverpool's winning run with a 0-0 draw on Monday night.

"That was the game we planned," said Mourinho. "We don't want to control the game by having the ball all the time. We adapted to the situation."

Liverpool manager Jurgen Klopp, meanwhile, said he had mixed emotions after a result which prevented his side from claiming a fifth straight league victory.

"I'm not happy with the game," he said. "We started OK but we weren't brave in possession and didn't wait for the right pass.

"[David] De Gea made two or three great saves but our performance wasn't great. It's a first clean sheet so yippee! But that's all I'm happy about."

📰 Klopp: "We lost patience too early. We have to do much better."https://t.co/rfOWEIgZes