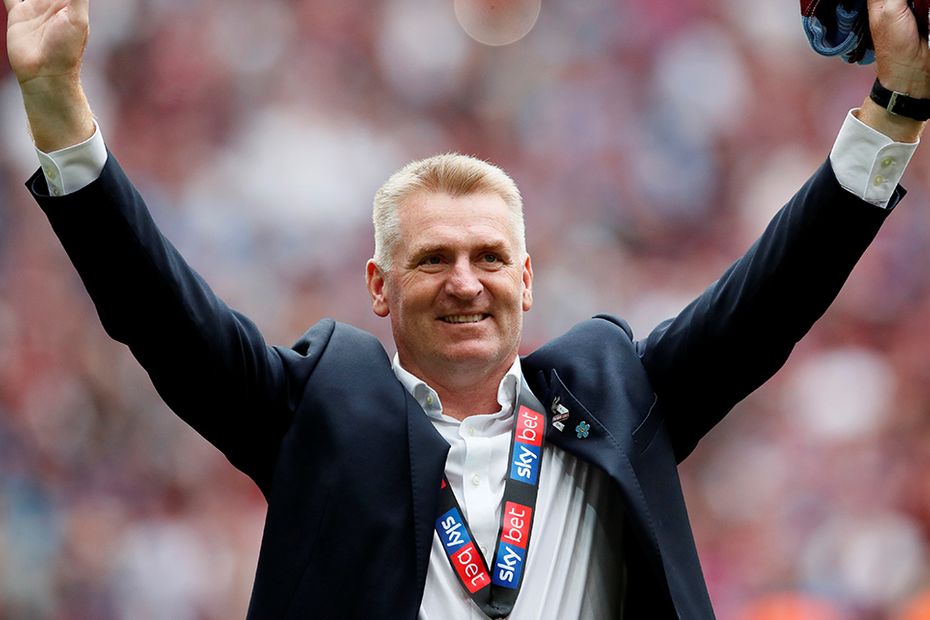 Dean Smith says he is excited about the future of Aston Villa after they sealed their promotion to the Premier League.

The head coach and boyhood fan of Villa saw his team end a three-year absence from the top flight with a 2-1 win over Derby County in the Championship playoff final on Sunday.

"The potential for the football club is massive," Smith told Villa's official website. "It feels right that Aston Villa are in the Premier League.

"It's not me speaking with a supporter's head on. It's just the history tells you that. The players and owners deserve what they are going to get."

Smith also described how he kept a promise to his father, who is suffering from dementia.

Speaking to Sky Sports, Smith said: "I went to see my old man on Friday, and I managed to get his eyes open for two minutes, and I told him next time I come and see you, I'm going to be a Premier League manager.

"And he smiled and nodded. So, for me, that's enough."

Smith and Villa fans can look forward to 09:00 BST on 13 June, when the fixtures for the 2019/20 season will be released on premierleague.com.