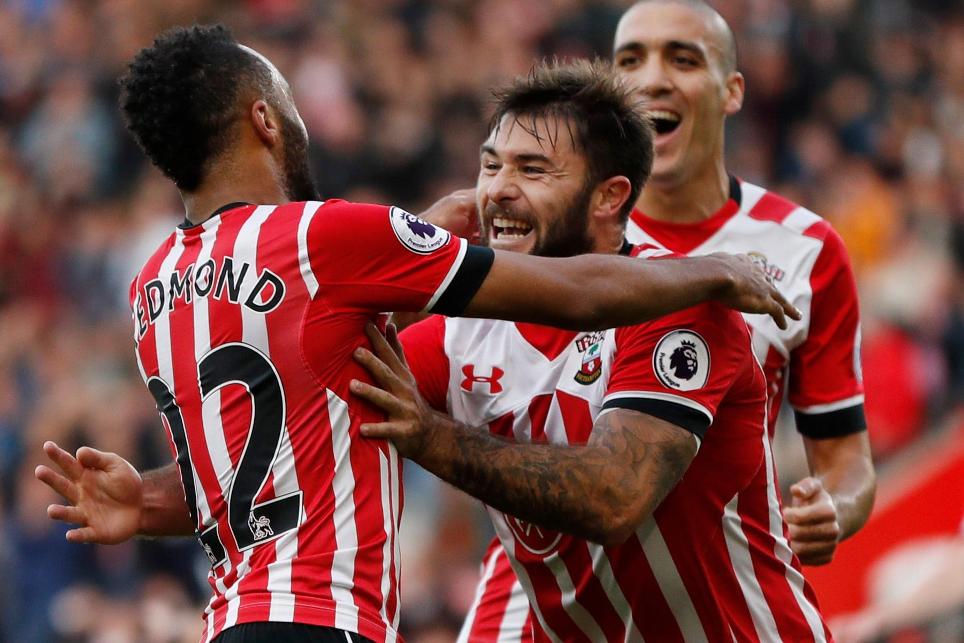 Striker's brace puts him among top-scoring FPL forwards, but which other Southampton star should managers consider?

Austin: It was a great team display External Link

Charlie Austin (£6.4m) claimed a brace, including one from the penalty spot, to score 51 points in the Fantasy Premier League Bonus Points System (BPS) as Southampton brushed aside Burnley at St Mary's Stadium.

The striker made it four goals in as many matches to secure maximum bonus points and move into the top six of highest-scoring FPL forwards in 2016/17.

Two bonus points went to Nathan Redmond (£5.9m), who scored his first goal since Gameweek 1 and registered three efforts on target on the way to a BPS total of 39.

Burnley goalkeeper Tom Heaton's (£4.6m) earned a single bonus point thanks to a BPS score of 32.

The England international defied the home side with 11 saves at St Mary’s. He has now made 40 stops this season – nine clear of his closest rival, Sunderland's Jordan Pickford (£4.0m).

Having fired 34 attempts on goal against the Clarets, it was no surprise to see Southampton players dominate the ICT Index for Gameweek 8.

Saints supplied three of the top four players overall, with midfielder Dusan Tadic (£7.2m) leading the way courtesy of an impressive score of 23.

The Serbia international tops the Creativity charts for Gameweek 8 so far, with 104 - he produced six chances, 12 crosses and 24 successful passes in the final third.

Despite failing to find the net, Tadic also registered seven attempts on goal, with four efforts on target.

Austin's overall Index total of 20.6 was fuelled by a Threat tally of 138 – the highest of the weekend. He mustered eight goal attempts, six of which came from inside the box, and had 16 penalty-area touches.

Redmond took third spot in Sunday's meeting with a score of 20.2 in the Index.

Second only to Austin for Threat, with 113, the midfielder produced six of his seven goal attempts from inside the box and had 13 touches in the Burnley box.

Austin’s double has already earned him more than 24,000 new owners prior to Saturday's Gameweek 9 deadline.

The Saints striker has risen in price in each of the previous two rounds of fixtures, yet his form is set to be tested by a tough run of opponents.

Their next four fixtures involve trips to Manchester City and Hull City away, with Chelsea and Liverpool both visiting St Mary's.

Tadic has now created more chances (28) than any player in the Premier League and Redmond is ranked second only to Arsenal’s in-demand Theo Walcott (£7.8m) for shots inside the box (21 to 23) for midfielders.

Southampton’s run of three successive clean sheets in the Premier League came to an end, with first-choice full-backs Ryan Bertrand (£5.4m) and Cedric Soares (£5.0m) missing out through injury.

Burnley remain vulnerable away from home and have now shipped nine goals in three straight defeats on the road.

Key midfielder Steven Defour (£6.0m) limped off with a hamstring injury against Southampton to add to manager Sean Dyche's worries.