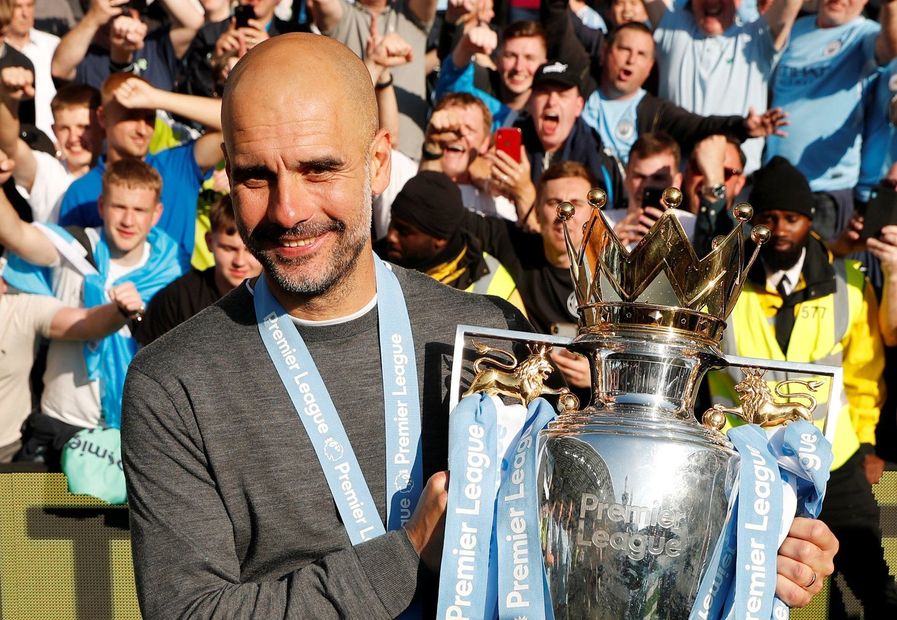 Pep Guardiola says Manchester City will call upon their experiences this season for inspiration as they anticipate an even harder fight to be 2019/20 Premier League champions.

City had to win 14 successive top-flight fixtures to finish one point ahead of Liverpool and retain the title, and their manager feels his squad will benefit from overcoming that adversity.

"This is the toughest Premier League title win that we have won, in my career by far," Guardiola told City's official website.

"Next season will be tougher, but we'll be stronger too. I think when you win two in a row in this country you have done really, really well.

"That is the reality, and I have the feeling next season, looking back we will try to be who we are now."

Guardiola says his team must improve because he sees more sides providing competition for top spot.

"We have to make the right decisions for next season to come back stronger, because Liverpool will maintain it and the other ones will be better," he said.

"[Manchester] United must come back, Chelsea one more year with [Maurizio] Sarri will be better, Tottenham [Hotspur] we have seen in the Champions League and, when Arsenal do what they have to do, they will be there too."

See: Guardiola reflects on 'toughest title' of his career