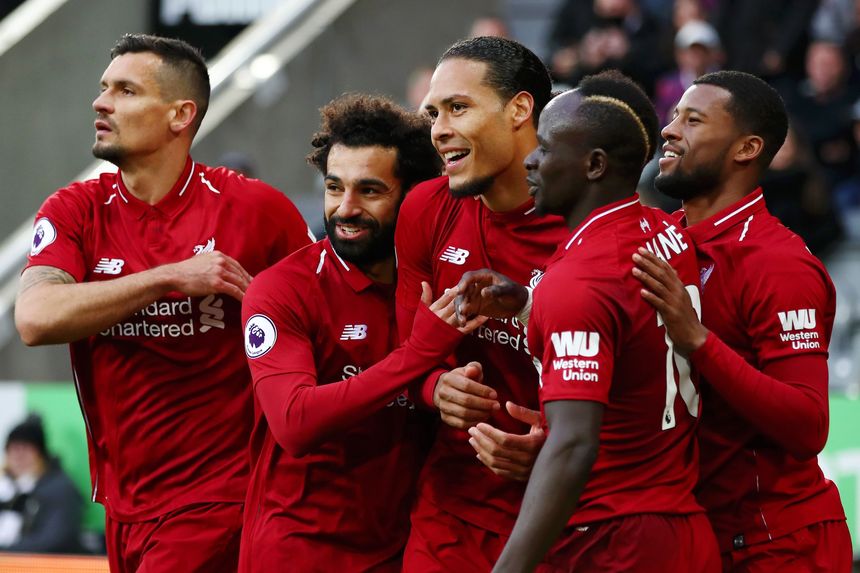 After a week of spectacular football, Liverpool manager hopes Sunday will provide another twist in the title race

After an exciting week in the Premier League and UEFA Champions League, Jurgen Klopp is looking for the drama to be carried into Sunday in the race for the title.

The week started with Vincent Kompany's remarkable winner for Manchester City against Leicester City that put them top of the table.

It continued with spectacular comeback victories in the Champions League semi-finals for Liverpool and Tottenham Hotspur, before Arsenal and Chelsea sealed their passages to the Europa League final.

And the Liverpool manager is hoping his team can overturn the one-point gap on the final day to Man City and claim a first Premier League title.

"It was a week of, I'm not sure miracles, but of big football moments," Klopp told Liverpool's official website.

"From our point of view, there could be a big football moment for us as well on the weekend.

"The week is not over yet. Sunday counts to this week not for next week. So, of course we go for that."

'Brighton will try everything'

Man City travel to Brighton & Hove Albion on a 13-match winning run, while Liverpool host Wolverhampton Wanderers having claimed eight victories in a row. But Klopp is wary of assuming that both teams' success will continue.

"In this situation obviously it looks like Wolves and Brighton, they are there, City will win and we will win and at the end City are champions," he said. "But there's a game to play.

"Wolves have shown the whole year real ambition. They are seventh in an unbelievably competitive league from getting promoted last year. That makes our game pretty difficult.

"And on the other hand, Brighton, it's their last home game in the Premier League season. They know they will have another one next year for sure. How I know this team, they are full of joy for football, so they will try everything as well."