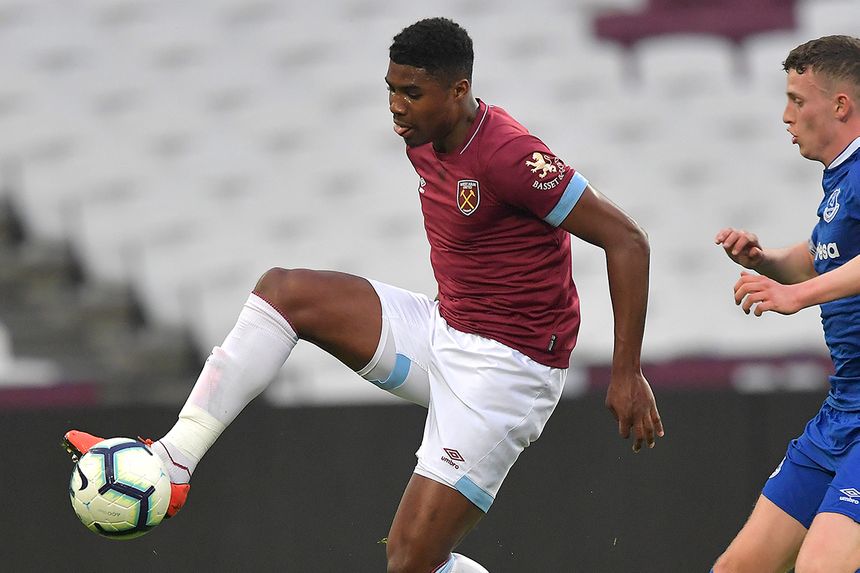 West Ham United have been relegated from Premier League 2 Division 1 despite beating champions Everton 2-1 on the final day.

The Hammers were unable to overtake Tottenham Hotspur, who stayed two points above their London rivals and secured safety with the victory they needed, overcoming Derby County 3-1.

West Ham went in front against Everton on 25 minutes when Grady Diangana tapped in, and Ben Johnson (pictured) made it 2-0 on the hour-mark, scoring his first goal for the Under-23 side with a 25-yard strike.

Everton, who finished top on 41 points, pulled one back with nine minutes left through Fraser Hornby but could not find an equaliser.

West Ham's victory was not enough though, and they will join already relegated Swansea City in Division 2 next season.

Jack Roles was Spurs' hero as he scored a hat-trick against Derby to secure their safety and earn a second consecutive win for the north Londoners.

The 20-year-old midfielder opened the scoring on seven minutes at Lamex Stadium in Stevenage.

And, although Cameron Cresswell equalised for the Rams, Roles restored Spurs’ advantage in first-half stoppage time before completing his treble with nine minutes remaining.

Spurs moved up to ninth place and 28 points with the win, two points and three places below Derby.