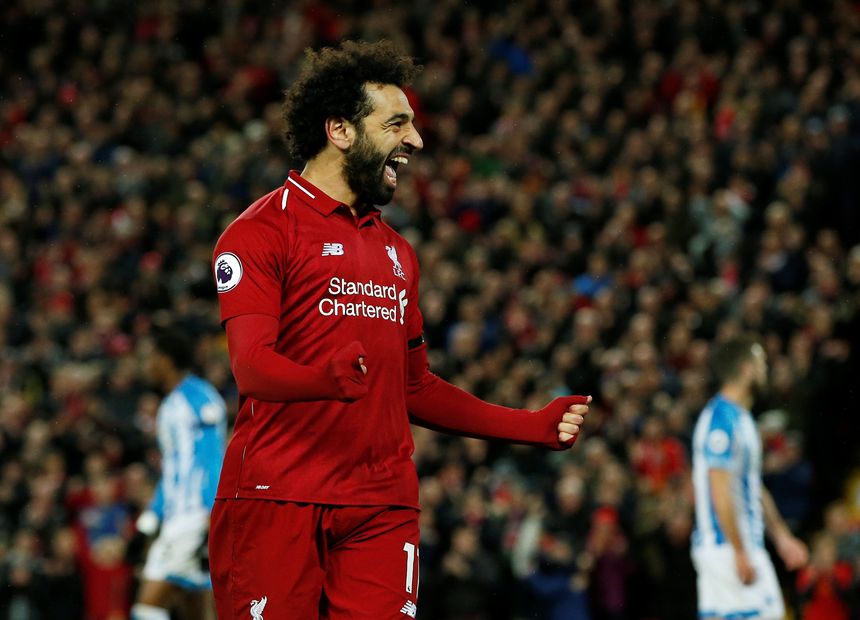 Liverpool returned to the top of the Premier League table with a convincing 5-0 win over Huddersfield Town at Anfield.

The home side opened the scoring when Naby Keita swept the ball home from Mohamed Salah's pass after only 15 seconds for Liverpool's fastest PL goal.

Sadio Mane doubled the lead when he nodded in Andrew Robertson's cross before Salah raced on to Trent Alexander-Arnold's lofted pass and lifted a cool finish over the on-rushing Jonas Lossl just before half-time.

Daniel Sturridge was denied Liverpool's fourth when his effort was ruled out for offside before Mane met Jordan Henderson's cross to head in his second on 66 minutes with his 20th PL goal of the season.

Salah sealed Liverpool's seventh consecutive league win by adding Liverpool's fifth and his 21st of the campaign from close range with seven minutes to go.

Liverpool are now two points clear of Manchester City, who have the chance to respond on Sunday. Huddersfield remain bottom on 14 points.