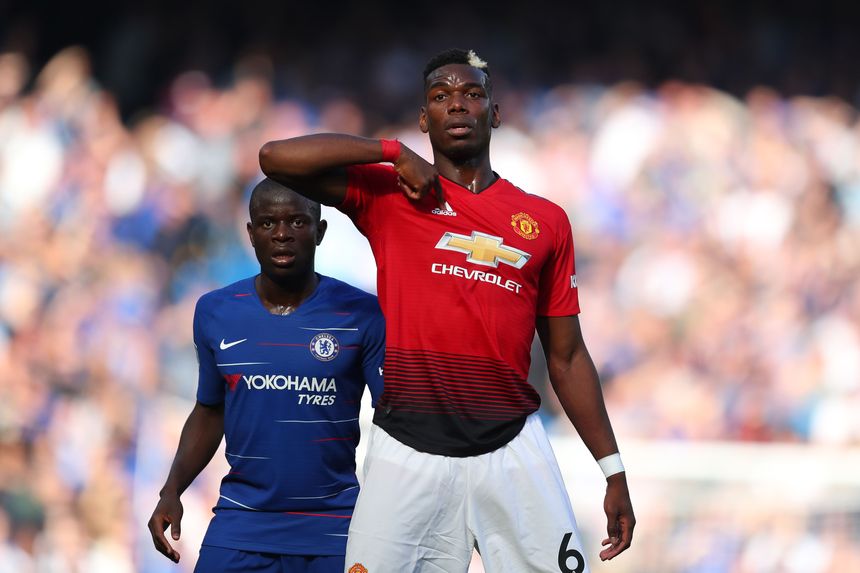 Ole: Pogba is determined to succeed at United External Link

Manchester United are seeking a return to winning ways after back-to-back defeats hit their hopes of a top-four finish.

Chelsea are three points above their hosts and know a victory would keep them in control of UEFA Champions League qualification with two matches remaining.

Ole Gunnar Solskjaer says Ander Herrera is likely to be involved after recovering from a hamstring injury, while Scott McTominay will have a fitness test after missing Wednesday's derby against Manchester City.

Chelsea defender Antonio Rudiger is in contention after overcoming a knee injury, but N'Golo Kante (rib) is a doubt and Callum Hudson-Odoi (Achilles) is facing a three-month lay-off at least.

Man Utd have won their last two Premier League home matches against Chelsea. They have not beaten the Blues in three top-flight matches in a row at Old Trafford since January 1957.

Chelsea have won more PL matches against Man Utd than any other side have in the competition (18).

Anthony Martial scored twice in the reverse fixture against Chelsea this season. The only Man Utd players to score home and away PL goals against the Blues in the same season are Wayne Rooney in 2011/12 and Eric Cantona in 1992/93.

Eden Hazard has been directly involved in 10 of Chelsea’s 23 PL away goals this season, scoring five and assisting five, double that of any other Blues player.