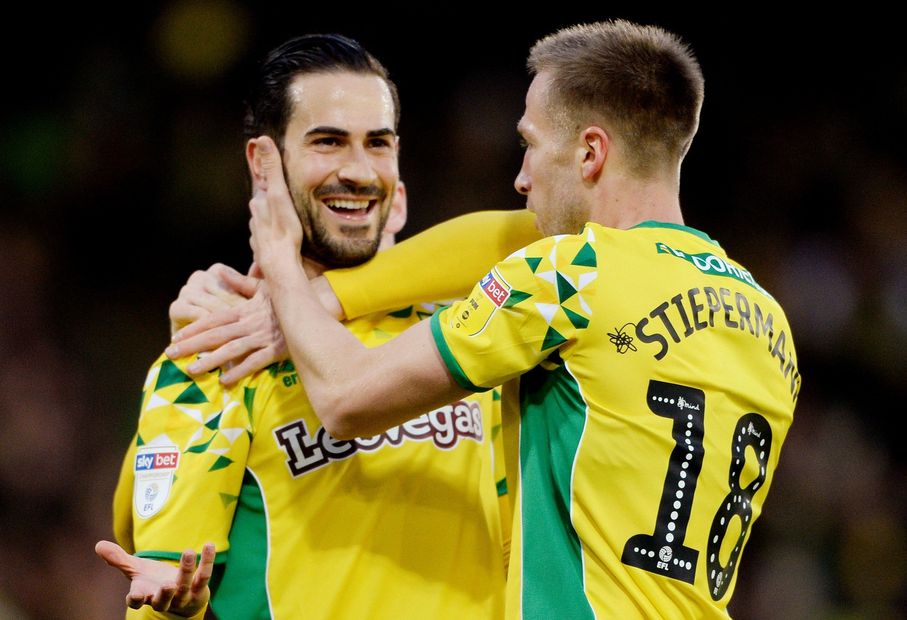 Norwich City are returning to the Premier League after a 2-1 win over Blackburn Rovers secured promotion from the Championship.

Goals from Marco Stiepermann and Mario Vrancic secured the victory at Carrow Road that guaranteed Norwich would secure a fourth promotion to the Premier League. This is a joint record alongside Leicester City, West Bromwich Albion, Middlesbrough, Sunderland and Crystal Palace.

The 2019/20 season will be the Canaries' ninth in the Premier League, ending a three-year absence.

WE ARE @premierleague! 😁🙌 #ncfc pic.twitter.com/zSVfM3idkm

They are set to be joined by Sheffield United, whose 2-0 victory over Ipswich Town left them three points clear of Leeds United, with a goal difference 13 better over the Yorkshire side and just one match remaining.

Leeds are guaranteed a place in the Championship promotion play-offs for the final promotion place, along with West Brom and Aston Villa.

Three teams are vying for the sixth and final play-off spot.

Derby County are in pole position but can still be overtaken by Middlesbrough and Bristol City.

Norwich fans can now look forward to 09:00 BST on 13 June, when the fixtures for the 2019/20 season, starting on 10 August, will be released on premierleague.com.