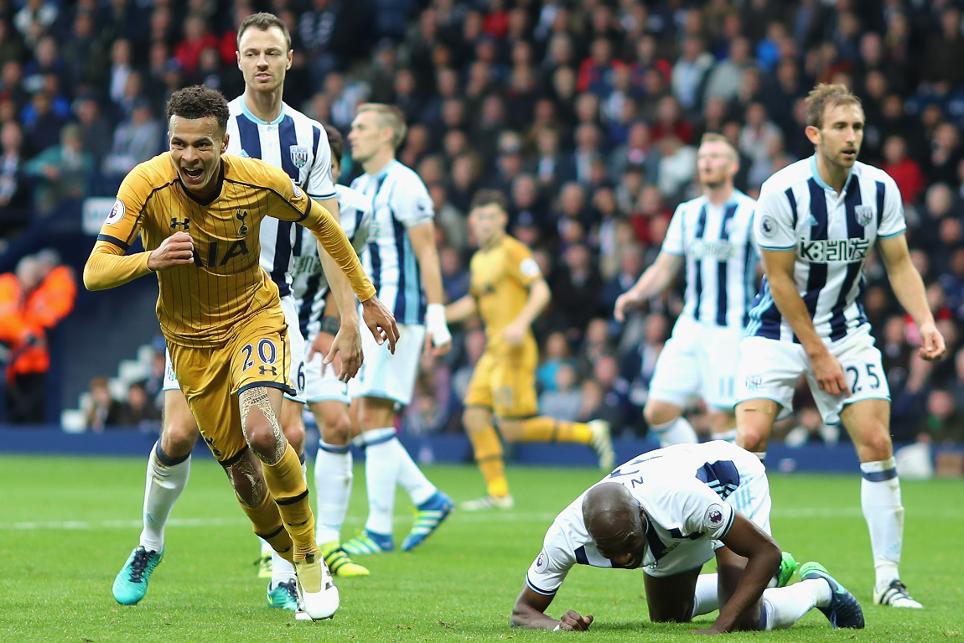 A late goal by Dele Alli salvaged a point for Tottenham Hotspur after Nacer Chadli had scored for West Bromwich Albion against his former club in a captivating 1-1 draw at The Hawthorns.

His strike cancelled out Chadli's goal seven minutes earlier, the midfielder's fourth for his new club, after James McClean had been denied by Hugo Lloris.

Further concern for Spurs manager Mauricio Pochettino was the loss of defender Toby Alderweireld to injury in the second half.